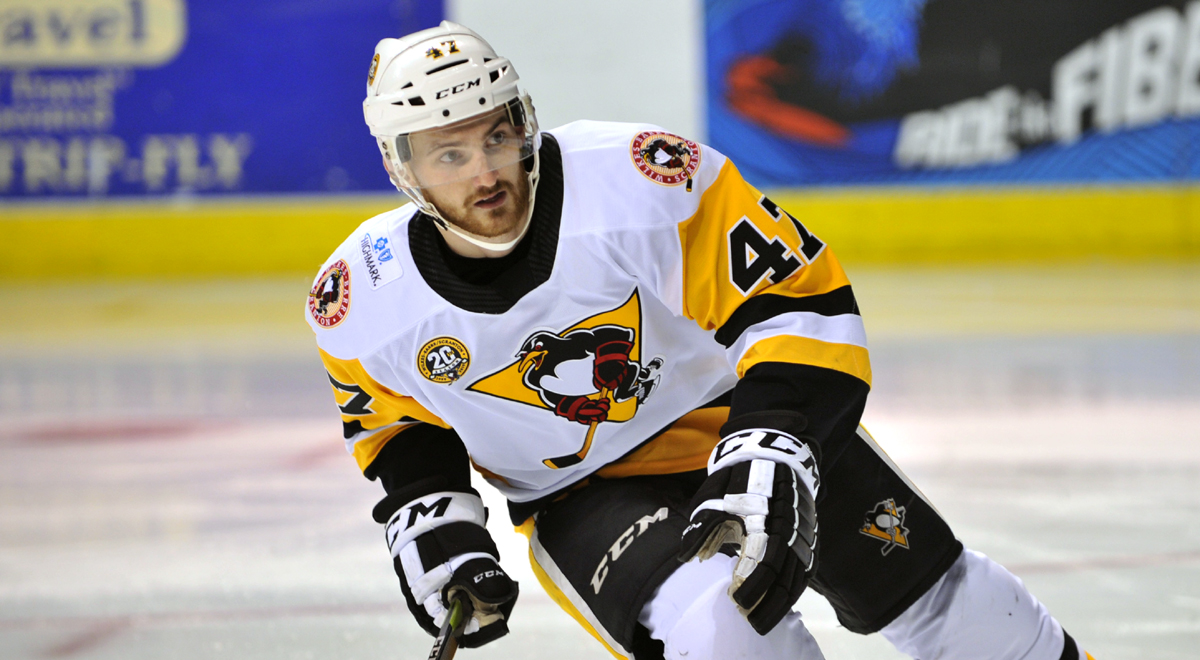 The Pittsburgh Penguins have re-assigned forward Adam Johnson to the Wilkes-Barre/Scranton Penguins of the American Hockey League, it was announced today by executive vice president and general manager Jim Rutherford.

Johnson, 25, scored a goal and was plus-2 in the Penguins’ preseason opener against the Buffalo Sabres on September 16, and has since been sidelined with a lower-body injury.

Last season, the Grand Rapids, Minnesota native played six NHL games with the Penguins, collecting two assists and finishing plus-2. Both helpers came during the Penguins’ 3-1 win on March 31 against the Carolina Hurricanes. Johnson also appeared in 67 games for WBS, finishing fourth on the team with 43 points (18G-25A).

Wilkes-Barre/Scranton’s final preseason game is today, Sunday, Sept. 29, when they travel down the PA Turnpike take on the Lehigh Valley Phantoms. The Penguins’ next home game is their 2019-20 home opener, Saturday, Oct. 12 against the Utica Comets. Puck drop between the Penguins and Comets is scheduled for 7:05 p.m. at Mohegan Sun Arena at Casey Plaza.