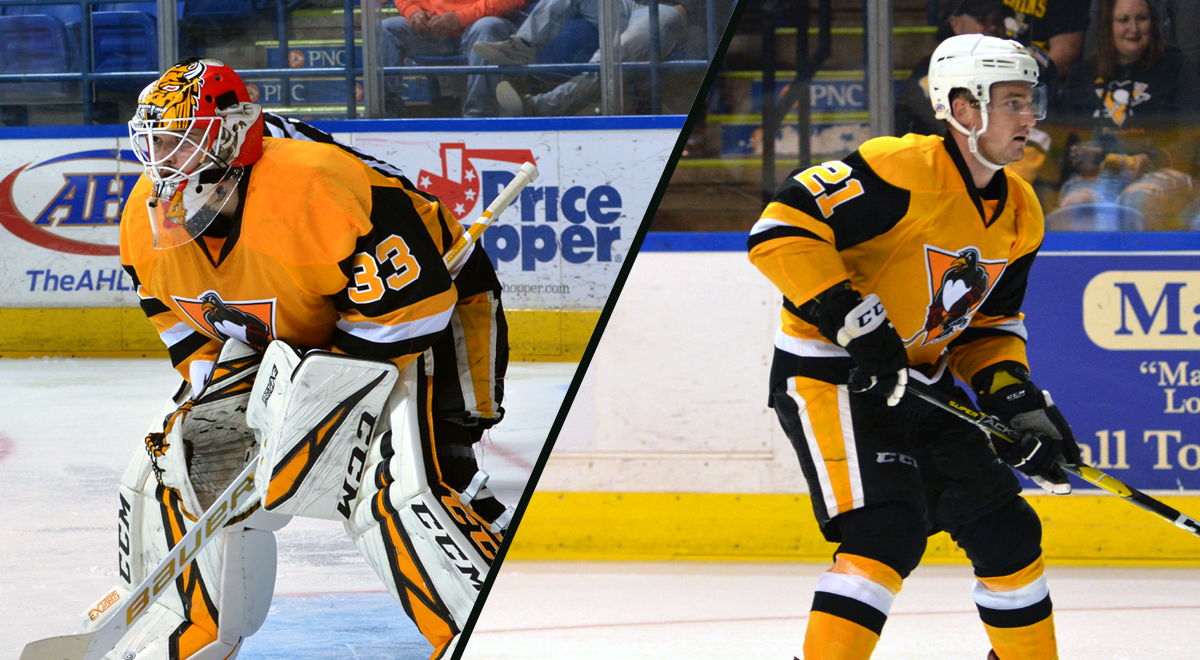 A first-year pro, D’Orio appeared in two preseason games with Wilkes-Barre/Scranton and made 46 saves on 50 shots faced for a .920 save percentage and 2.46 goals against average. He also played in one regular season game for the Penguins last season, suffering a loss in his pro debut on Apr. 13, 2019 vs. Bridgeport.

Prior to turning pro, the undrafted, 20-year-old netminder split the 2018-19 season between the Québec Major Junior Hockey League’s Saint John Sea Dogs and Baie-Comeau Drakkar. D’Orio recorded a 21-23-4 record with the two clubs, along with a combined .889 save percentage, 3.57 goals against average and two shutouts. In the 2019 QMJHL Playoffs, D’Orio improved his numbers to a .910 save percentage and 2.47 goals against average in seven games with Baie-Comeau.

Scarfo, 25, is coming off of his rookie season during which he was traded by the Belleville Senators to Wilkes-Barre/Scranton on Dec. 5, 2018. Scarfo played 25 games with the Penguins, posting a goal and six assists for seven points in that time. In 44 career AHL games, Scarfo has registered 11 points (3G-8A).

An updated copy of the Penguins’ 28-man roster can be found here.