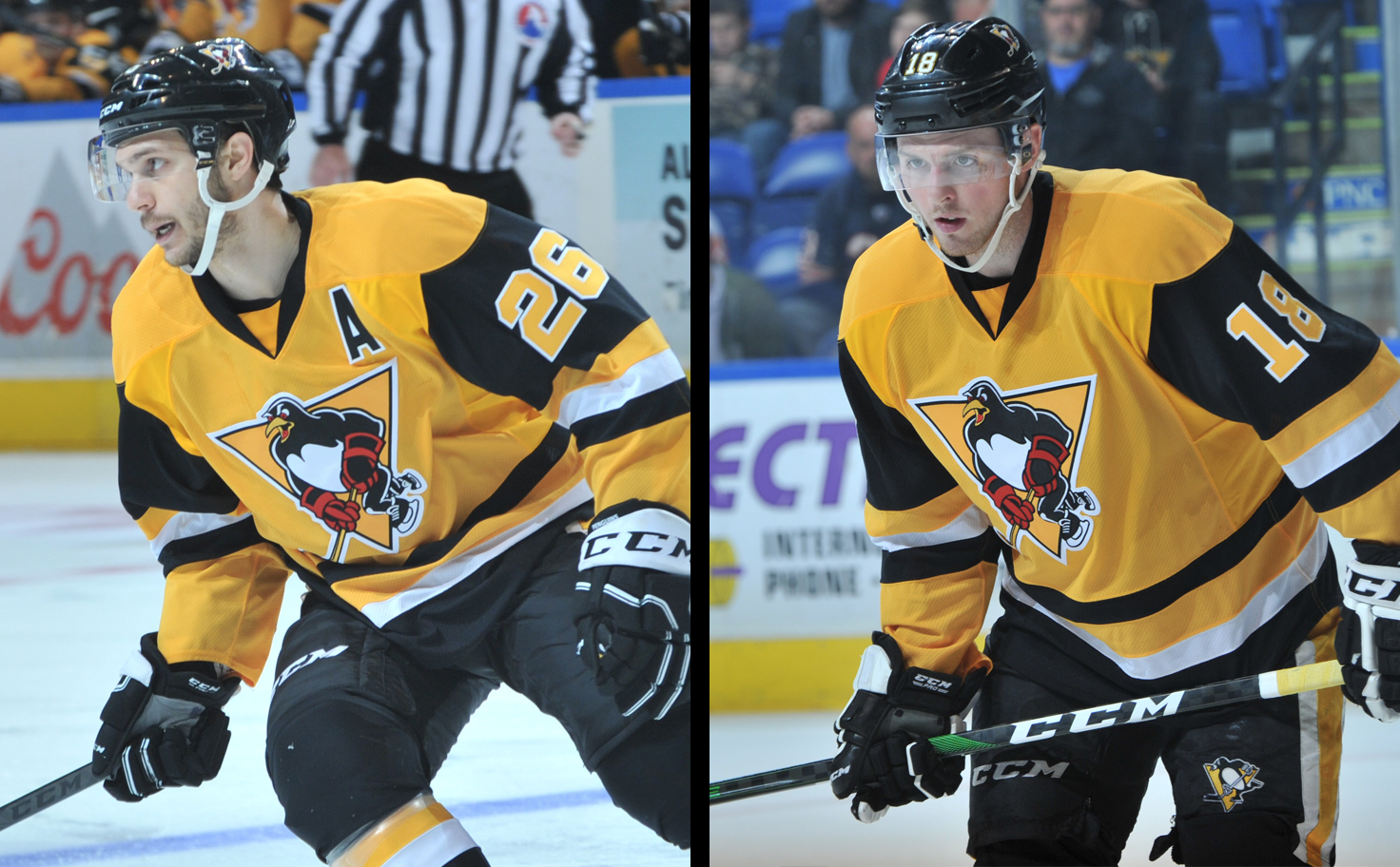 The Pittsburgh Penguins have recalled forwards Sam Lafferty and Andrew Agozzino on an emergency basis from the Wilkes-Barre/Scranton Penguins of the American Hockey League, it was announced today by executive vice president and general manager Jim Rutherford.

Forwards Nick Bjugstad and Evgeni Malkin have been placed on injured reserve due to lower body injuries.

Lafferty, from nearby Hollidaysburg, PA, will be looking to make his NHL debut on Tuesday, October 8 when the Penguins host the Winnipeg Jets at PPG Paints Arena.

In his first full professional season with WBS in 2018-19, the 24-year old led the team with 36 assists while ranking second in overall scoring with 49 points. In 80 career AHL games, Lafferty has recorded 14 goals, 38 assists and 52 points.

Prior to his professional debut in 2018, Lafferty played four years of college hockey at Brown University. He posted 29 goals, 50 assists and 79 points in 124 career contests for Brown, while leading the team in scoring during the 2017 and ’18 seasons. He also served as an alternate captain for Brown during his final two seasons.

Agozzino, 28, signed a two-year contract with Pittsburgh as a free agent on July 1. Prior to the start of the season, he was named an alternate captain for WBS and made his WBS debut in Saturday’s win against Hershey.

The 5-foot-10, 187-pound forward spent the previous two seasons with the Colorado Avalanche organization, primarily playing with their AHL affiliate. As an alternate captain in 2018-19 with the Colorado Eagles, the forward skated in 56 games and recorded team highs in goals (26), assists (34) and points (60). Agozzino also played in 11 games with the Avalanche last season, recording one goal and one assist.

The Kleinburg, ON native has 21 games of NHL experience, all with the Colorado Avalanche, split between three seasons (2014-15, ’15-16 and ’18-19). He has recorded one goal, four assists and five points during his NHL career, with his first NHL goal coming last year on Feb. 18 vs. Vegas.

The undrafted Agozzino began his professional career by signing with Colorado as a free agent in 2013.

Wilkes-Barre/Scranton continues its 2019-20 season on the road this Friday, Saturday, Oct. 11 against the Lehigh Valley Phantoms.

The Penguins’ home opener follows on Saturday, Oct. 12 against the Utica Comets.  Puck drop between the Penguins and Comets is scheduled for 7:05 p.m. at Mohegan Sun Arena at Casey Plaza.