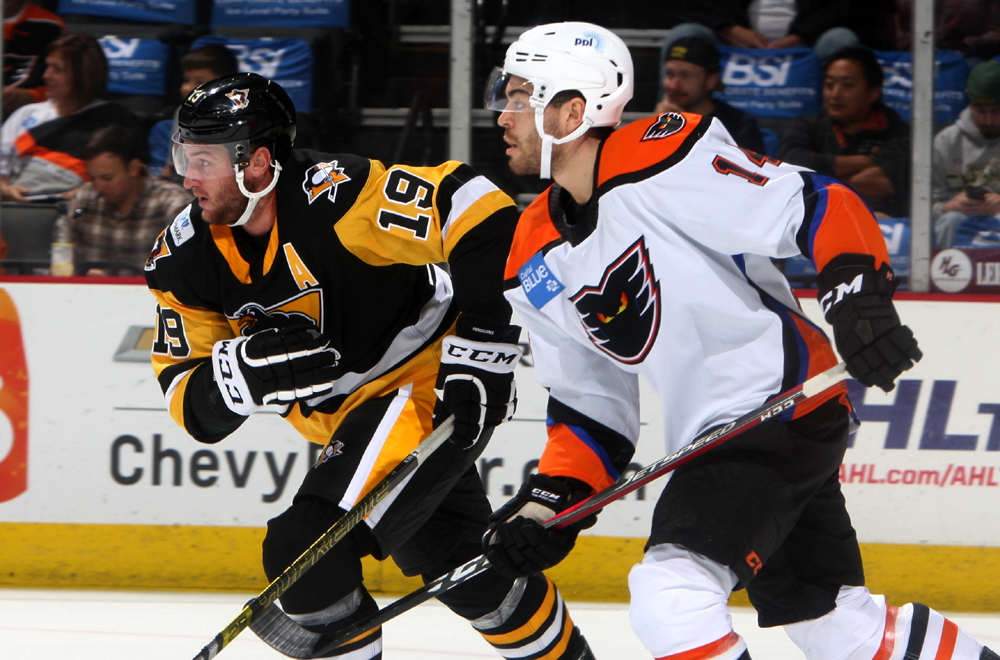 ALLENTOWN, Pa. – The Wilkes-Barre/Scranton Penguins suffered their first loss of the 2019-20 season by falling to the Lehigh Valley Phantoms, 4-1, at PPL Center on Friday night.

Stefan Noesen continued his hot run since joining Wilkes-Barre/Scranton (1-1-0-0), scoring the team’s only goal on the night and his third of the season so far.

Lehigh Valley had an early jump on Wilkes-Barre/Scranton, racing out to a 16-2 lead in shots on goal in the first period. Casey DeSmith did his best to hold the Phantoms at bay, but eventually, they broke through. Kurtis Gabriel scored Lehigh Valley’s first goal of the season at 15:35 of the opening frame.

Mikhail Vorobyev made it 2-0, Phantoms, with 36.1 seconds left in the first period.

Noesen gave the Penguins life by scoring a man-advantage marker with a booming slap shot just 38 seconds into the middle frame. However, Lehigh Valley responded in short order and cashed in two more goals before the six-minute mark of the second period.

Neither team managed to generate much offense in the third, and the 4-1 score remained intact by the arrival of the final buzzer.

DeSmith put up 25 saves in the loss for the Penguins, while Alex Lyon recorded 18 saves for the win.

Wilkes-Barre/Scranton’s next game is tomorrow, Saturday, Oct. 12, and is the team’s 2019-20 home opener. Puck drop between the Penguins and Utica Comets is scheduled for 7:05 p.m. at Mohegan Sun Arena at Casey Plaza.