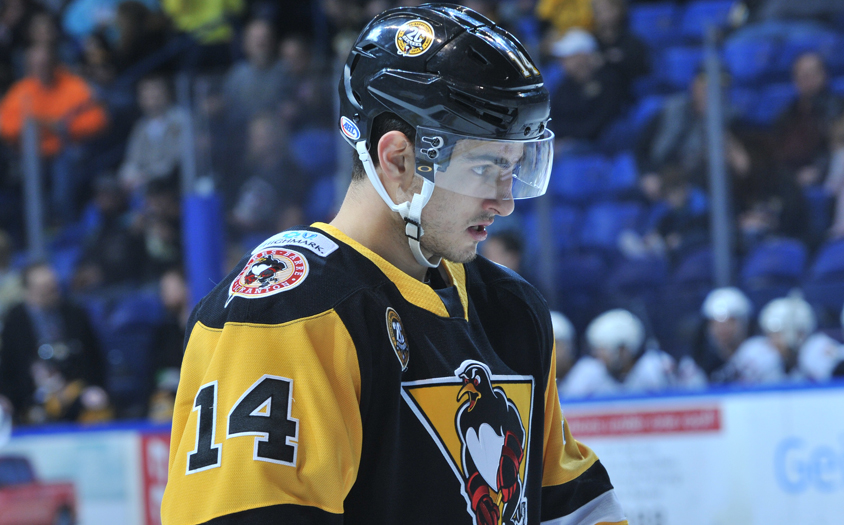 The Pittsburgh Penguins have recalled forward Joseph Blandisi from the Wilkes-Barre/Scranton Penguins of the American Hockey League on an emergency basis, it was announced today by executive vice president and general manager Jim Rutherford.

Forward Andrew Agozzino has been re-assigned to Wilkes-Barre/Scranton.

Blandisi, 25, has appeared in one game this season with the WBS Penguins, the season-opening victory against the Hershey Bears on October 5.

The Markham, Ontario native skated in one preseason game for Pittsburgh, blocking one shot at Columbus on September 21.

Last season, the 5-foot-11, 187-pound Blandisi was acquired by the Penguins from Anaheim in exchange for Derek Grant on January 17, 2019. Blandisi recorded seven shots in six games with the NHL club. With WBS, he played 27 games, tallying 20 points (9G-11A).

In parts of four seasons in the AHL with Albany, San Diego, Binghamton and WBS, Blandisi has totaled 120 points (42G-78A) in 159 games while also being named an AHL All-Star in ’16-17 while with Albany.

Agozzino made his Wilkes-Barre/Scranton debut in the team’s season opener on October 5 against the Bears, going scoreless.  He was recalled by Pittsburgh on October 7, and was scoreless in his Pittsburgh debut on Thursday night against Anaheim.

The Penguins play the Lehigh Valley Phantoms on the road this evening, before taking part in their home opener on Saturday, Oct. 12 against the Utica Comets.  Puck drop between the Penguins and Comets is scheduled for 7:05 p.m. at Mohegan Sun Arena at Casey Plaza.