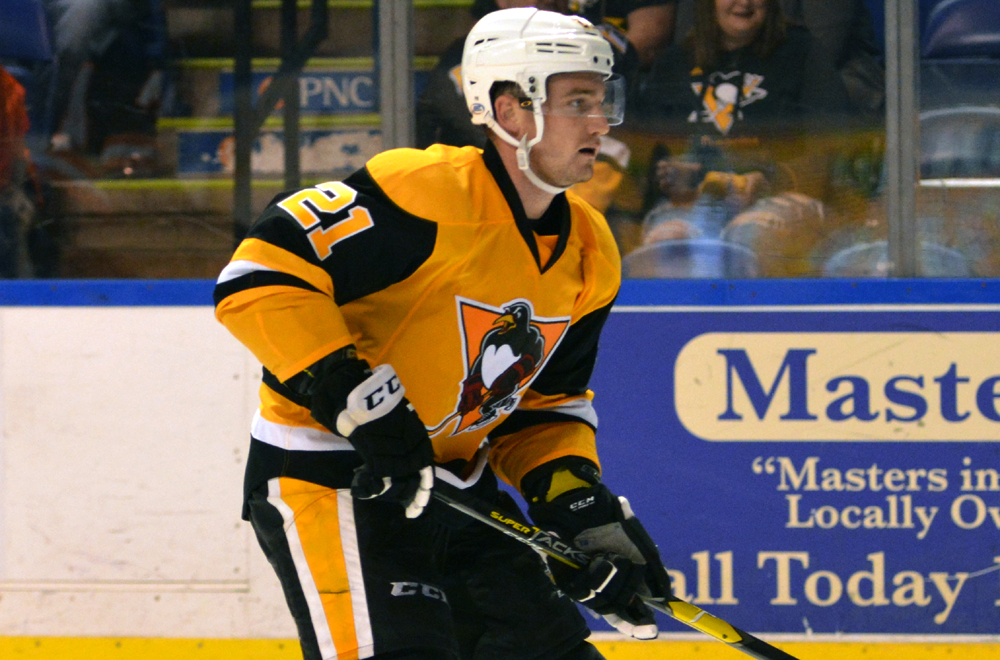 WILKES-BARRE, Pa. – The Wilkes-Barre/Scranton Penguins announced today that they have recalled forward Ryan Scarfo from the Penguins’ ECHL affiliate, the Wheeling Nailers.

Scarfo, 25, is coming off of his rookie season during which he was traded by the Belleville Senators to Wilkes-Barre/Scranton on Dec. 5, 2018. Scarfo played 25 games with the Penguins, posting a goal and six assists for seven points in that time. In 44 career AHL games, Scarfo has registered 11 points (3G-8A).

Scarfo did not record any points in Wheeling’s 2019-20 season opener, a 4-2 loss at Cincinnati.

Wilkes-Barre/Scranton’s next game is tomorrow, Wednesday, Oct. 16, against the Binghamton Devils. Puck drop between the Penguins and Devils is scheduled for 7:05 p.m. at Mohegan Sun Arena at Casey Plaza.