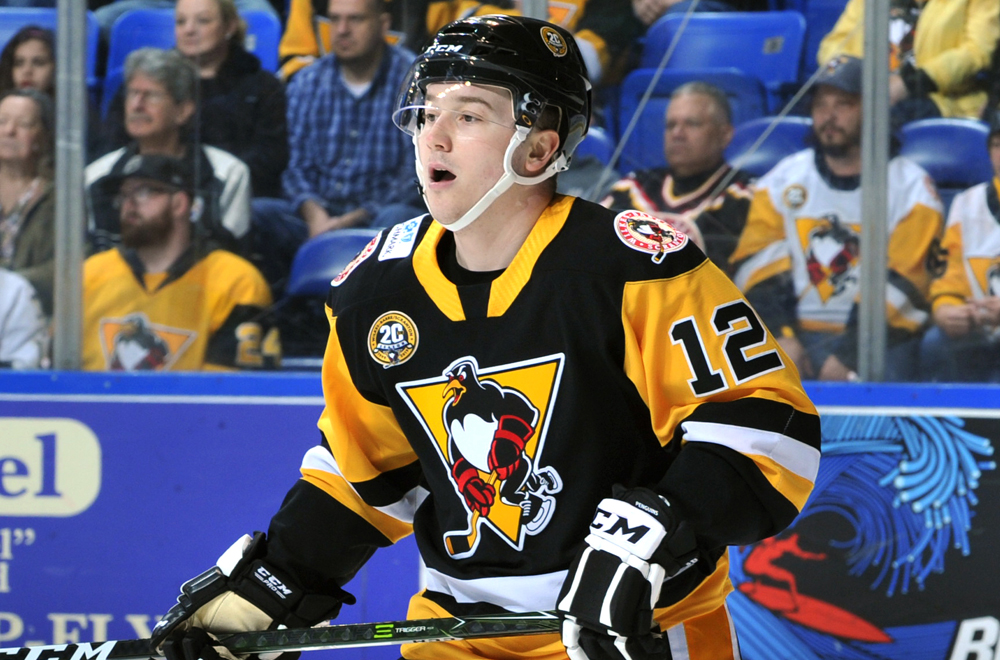 WILKES-BARRE, Pa. – The Wilkes-Barre/Scranton Penguins announced today that they have recalled forward Brandon Hawkins from the Penguins’ ECHL affiliate, the Wheeling Nailers.

Hawkins, 25, is in his first full season of professional hockey and has put up two goals and two assists for four points in the Nailers’ first four games of the season. Hawkins also played briefly with Wilkes-Barre/Scranton on an amateur tryout agreement at the end of last season, scoring in both of his first two AHL games.

Last season, the undrafted free agent from Macomb Township, Michigan posted collegiate career highs in assists (21) and points (33) for Northeastern University. Prior to becoming an NCAA Division I athlete, Hawkins played junior hockey with the Sioux City Musketeers (USHL) and Texas Tornado (NAHL). Hawkins was named NAHL Rookie of the Year in 2013 after topping the entire league with 35 goals.

Wilkes-Barre/Scranton’s next game is tomorrow, Wednesday, Oct. 23, when it pays a visit to the Binghamton Devils. The Penguins have two home games this weekend, Friday, Oct. 25 and Saturday, Oct. 26. Both games are against the San Antonio Rampage.

Friday’s game against the Rampage is the first Eyewitness News Fan Friday of the season, with lower-bowl seating available for $15, and select draught beers on sale for $2 from 6:00-7:30 p.m. Two Penguins players will be on the concourse signing autographs after the game, as well. Puck drop between the Penguins and Rampage is scheduled for 7:05 p.m. at Mohegan Sun Arena at Casey Plaza on both nights.

ASTON-REESE EXCITED TO GET SEASON STARTED