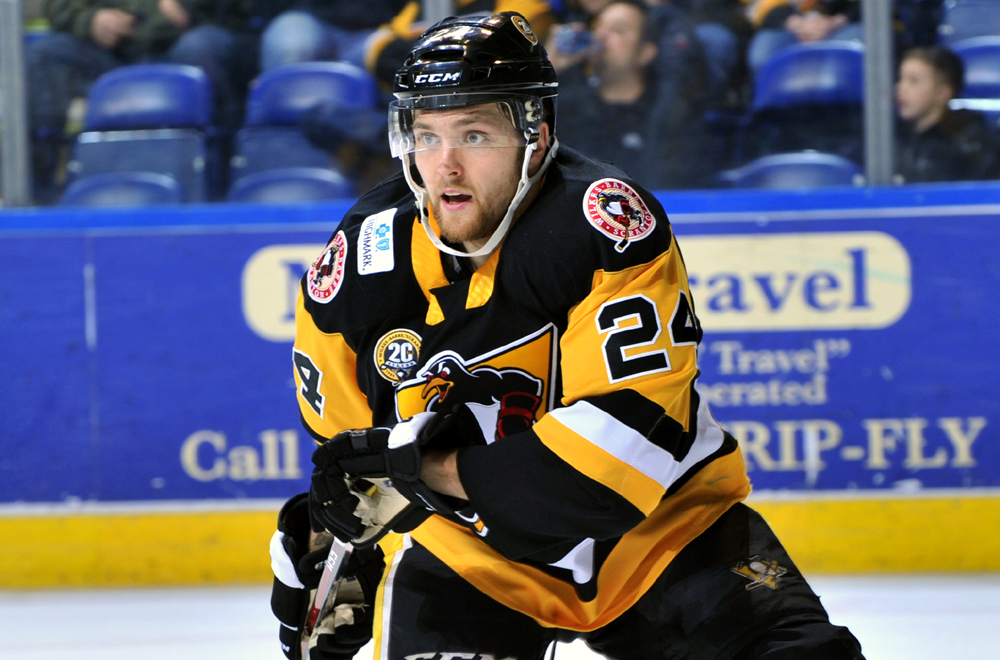 WILKES-BARRE, Pa. – The Wilkes-Barre/Scranton Penguins announced today that they have recalled defenseman Macoy Erkamps from the Penguins’ ECHL affiliate, the Wheeling Nailers.

Erkamps, 24, was acquired by the Penguins organization on Dec. 5, 2018 in a trade between the Pittsburgh Penguins and Ottawa Senators. The blueliner registered four points, all assists, in 24 games with Wilkes-Barre/Scranton after the trade.

Erkamps began this season with Wheeling, posting an assist in three games with the Nailers. In his previous three seasons of AHL hockey, the Delta, British Columbia native has one goal and nine assists for 10 total points in 81 games played.

Wilkes-Barre/Scranton’s next game is tomorrow, Wednesday, Oct. 23, when it pays a visit to the Binghamton Devils. The Penguins have two home games this weekend, Friday, Oct. 25 and Saturday, Oct. 26. Both games are against the San Antonio Rampage.

Friday’s game against the Rampage is the first Eyewitness News Fan Friday of the season, with lower-bowl seating available for $15, and select draught beers on sale for $2 from 6:00-7:30 p.m. Two Penguins players will be on the concourse signing autographs after the game, as well. Puck drop between the Penguins and Rampage is scheduled for 7:05 p.m. at Mohegan Sun Arena at Casey Plaza on both nights.