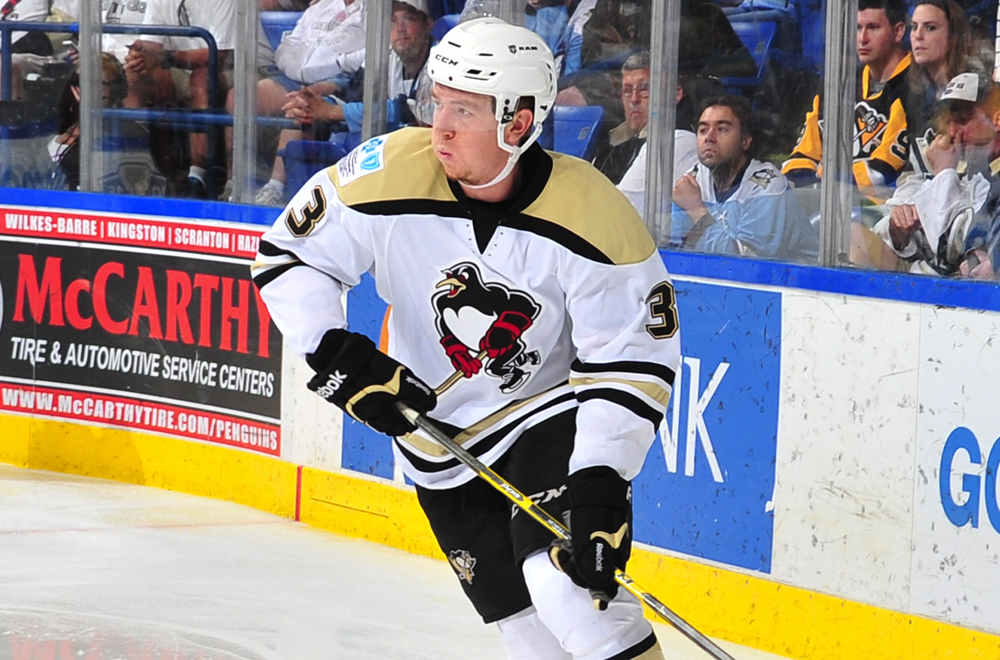 WILKES-BARRE, Pa. – The Wilkes-Barre/Scranton Penguins announced today that they have signed defenseman Reid McNeill to a professional tryout agreement.

McNeill, a sixth-round draft pick by the Pittsburgh Penguins in 2010, played 190 games with Wilkes-Barre/ Scranton in his first five seasons as a pro. In that time, the blueliner registered 23 points (4G-19A) and 298 penalty minutes.

He was traded by the Penguins to the St. Louis Blues on Nov. 19, 2016 in exchange for Danny Kristo. McNeill played the duration of that season in the AHL with the Chicago Wolves, then suited up for the Syracuse Crunch in 2017-18. McNeill is four AHL games shy of 300 in his career.

The 27-year-old from London, Ontario spent last season overseas with Dornbirner EC of Austria’s Erste Bank Eishockey Liga. In 46 games with Dornbirner, McNeill registered one goal and 10 assists for 11 points.

Wilkes-Barre/Scranton’s next game is tonight, Friday, Oct. 25 and against the San Antonio Rampage. Tonight’s game against the Rampage is the first Eyewitness News Fan Friday of the season, with lower-bowl seating available for $15, and select draught beers on sale for $2 from 6:00-7:30 p.m. Two Penguins players will be on the concourse signing autographs after the game, as well. Puck drop between the Penguins and Rampage is scheduled for 7:05 p.m. at Mohegan Sun Arena at Casey Plaza.