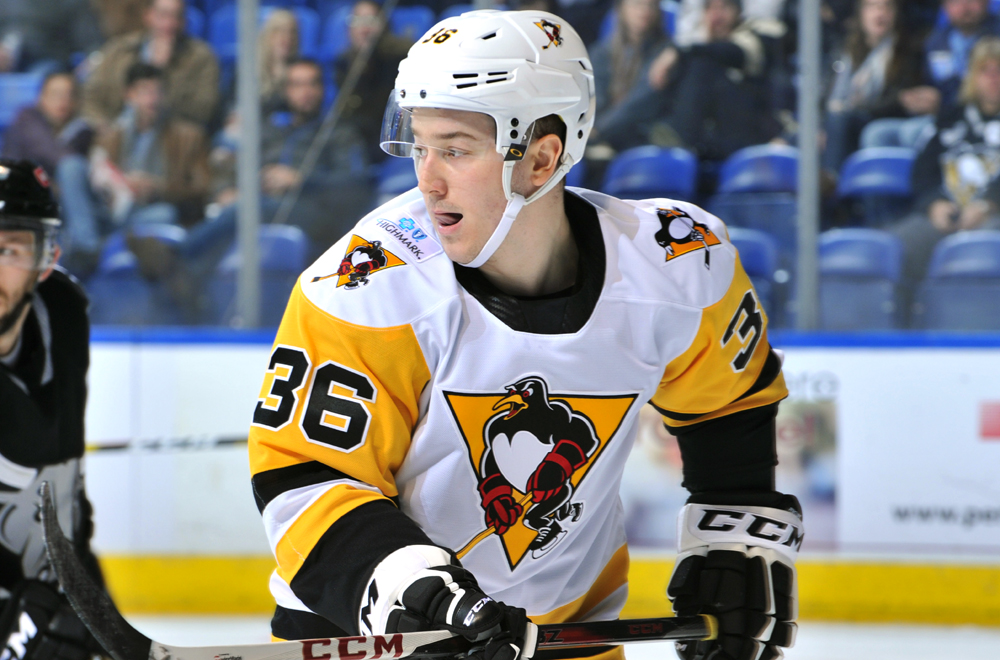 WILKES-BARRE, Pa. – The Wilkes-Barre/Scranton Penguins announced today that they have reassigned forward Brandon Hawkins to their ECHL affiliate, the Wheeling Nailers.

Hawkins, 25, is in his first full season of professional hockey and recorded his first AHL assist with a helper in the Penguins’ game on Oct. 25, 2019 vs. San Antonio. In three games with Wilkes-Barre/Scranton this season, Hawkins recorded one point. Hawkins also played briefly with the Penguins at the end of last season on an amateur tryout agreement, scoring goals in both of his first two AHL games.

The Macomb Township, Michigan native started the year with Wheeling and put up two goals and two assists for four points in the Nailers’ first four games.

Last season, Hawkins posted collegiate career highs in assists (21) and points (33) for Northeastern University. Prior to becoming an NCAA Division I athlete, Hawkins played junior hockey with the Sioux City Musketeers (USHL) and Texas Tornado (NAHL). Hawkins was named NAHL Rookie of the Year in 2013 after topping the entire league with 35 goals.

Wilkes-Barre/Scranton’s next game is tomorrow, Friday, Nov. 1, a showdown with its PA Turnpike rival, the Lehigh Valley Phantoms. The Penguins’ next home game is Saturday, Nov, 9, against the Syracuse Crunch. Puck drop between the Penguins and Crunch is scheduled for 7:05 p.m. at Mohegan Sun Arena at Casey Plaza.