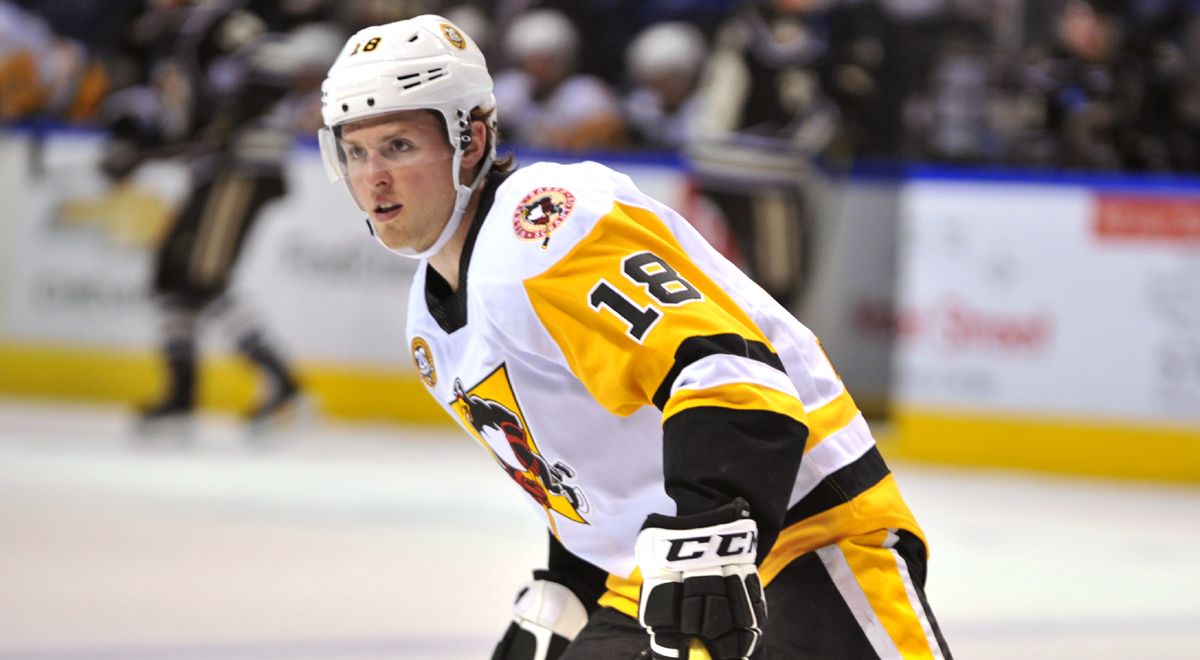 The Pittsburgh Penguins have recalled forward Sam Lafferty from the Wilkes-Barre/Scranton Penguins of the American Hockey League, it was announced today by executive vice president and general manager Jim Rutherford.

Lafferty, 24, played 10 games with Pittsburgh this season, recording three goals, three assists and six points with a plus-four. The local Hollidaysburg, PA native scored his first NHL goal in a three-point night (1G-2A) on Oct. 12 in Minnesota during his third career game. The 24-year old went on to record his first career two-goal game the next night in Winnipeg.

Although he has only played in 10 games, Lafferty’s three goals rank fourth (tied) among rookies this season, while his six points rank ninth (tied) among NHL rookies.

The 6-foot-1, 185-pound forward has played three games with WBS this season, recording one goal. In his first full professional season with WBS in 2018-19, the forward led the team with 36 assists while ranking second in overall scoring with 49 points. In 82 career AHL games, Lafferty has recorded 15 goals, 38 assists and 53 points.

Lafferty was drafted by the Penguins in the fourth round (113th overall) of the 2014 NHL Draft.

The Wilkes-Barre/Scranton Penguins play road games on Wednesday at Lehigh Valley and Saturday at Utica, before returning home to face the Syracuse Crunch on Saturday night.  It’s Stranger Things/80s Night.  Dress up as your favorite characters from the Netflix phenomenon to take part in our costume contest and other in-stand events during the evening.  Plus enjoy the sounds of synths and keytars all night long with a rad selection of 80s tunes.

Seats for all Penguins home games are available at the Mohegan Sun Arena box office, online at TicketMaster.com, or by calling 570-208-7367.

Season ticket packages for the Penguins’ 2019-20 regular season, including 22-game, 12-game, Flexbook and Premium Seating plans, are available by reaching out to the Penguins directly at (570) 208-7367.