PENGUINS HOLD ON FOR 1-0 SHOOTOUT WIN OVER BEARS 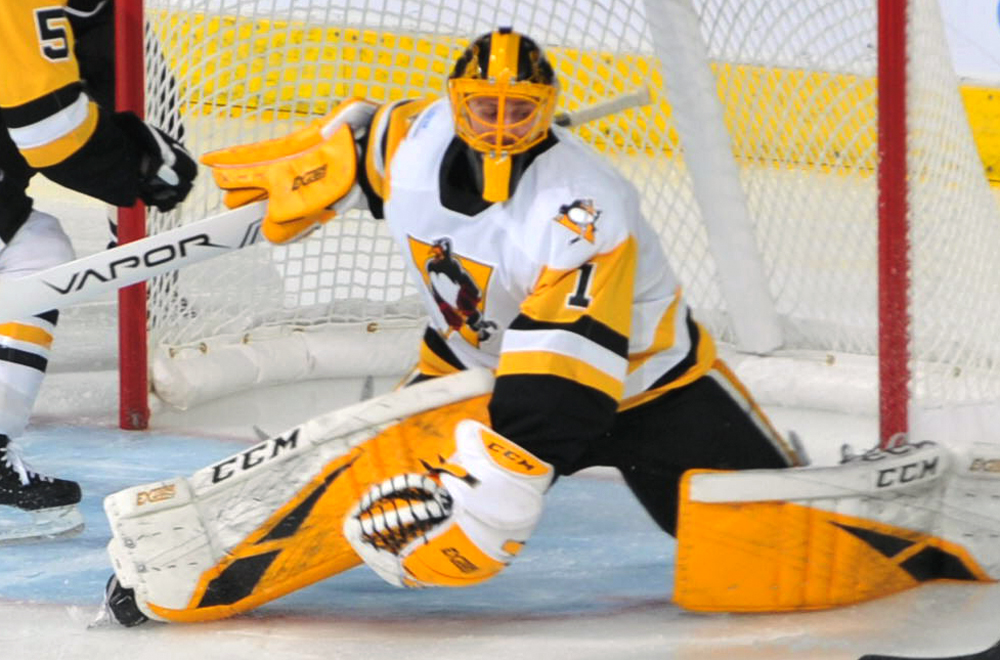 WILKES-BARRE, Pa. – In a tight, defensive struggle, the Wilkes-Barre/Scranton Penguins survived the Hershey Bears and earned a 1-0 shootout win on Wednesday night at Mohegan Sun Arena at Casey Plaza.

Wilkes-Barre/Scranton (8-5-1-1) posted a shutout for the second game in a row, with Casey DeSmith recording 28 saves in regulation and overtime for back-to-back clean sheets. DeSmith tacked on three denials in the shootout to secure the Penguins a three-game winning streak.

The Penguins came out of the gate flying, but couldn’t solve Bears goaltender Pheonix Copley despite out-shooting their opponent by a 14-5 margin. Hershey flipped the script in the second period, amassing 10 shots and several grade-A scoring chances in the middle frame, only to be turned away by DeSmith.

With both teams desperate entering the third period tied 0-0, pace began to pick up. The Penguins and Bears traded end-to-end rushes and flurries of scoring opportunities, but were stymied by stellar saves, brave shot blocks, or even the post. Three-on-three overtime provided similar thrills, but never a deciding goal.

With the score still knotted at zeroes at the end of 65 minutes, the game was forced to go into a shootout. Stefan Noesen was the only player to score, improving his shootout conversion rate to four-for-four on the year and bringing the Penguins another win.

Copley was handed the tough-luck loss for Hershey, despite fending off 29 shots in regulation and overtime, as well as stopping two of three shots faced in the shootout.

Wilkes-Barre/Scranton’s next game is Friday, Nov. 15 against Springfield Thunderbirds at Mohegan Sun Arena at Casey Plaza. The T-Birds’ first visit to Mohegan Sun Arena at Casey Plaza this season is also an Eyewitness News Fan Friday with lower-bowl seating available for $15 and select draught brews on sale for $2 from 6:00 – 7:30 p.m. Puck drop between the Penguins and T-Birds is scheduled for 7:05 p.m.