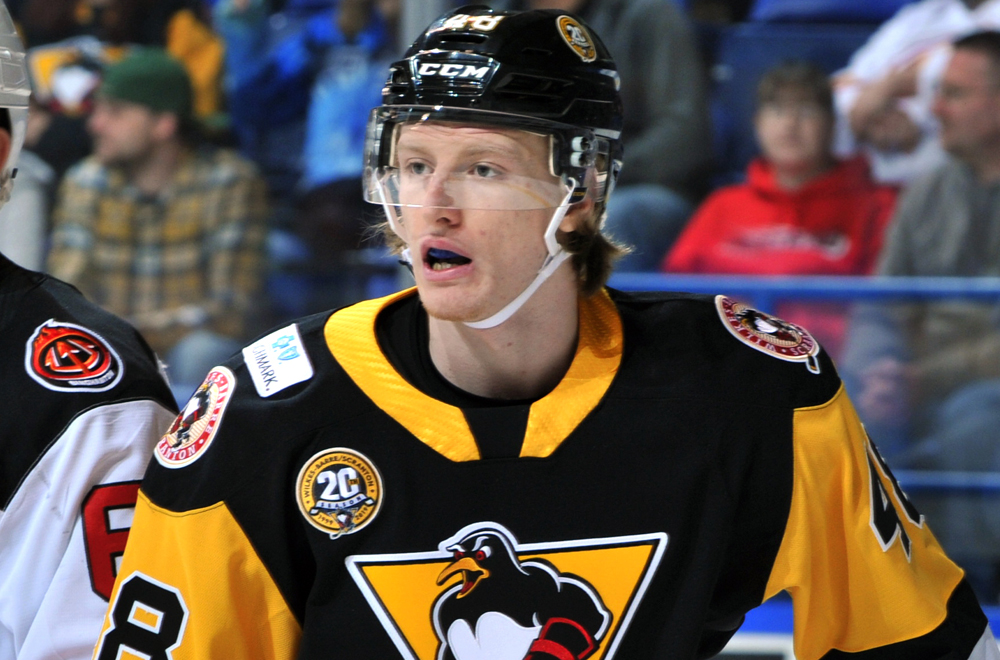 Drozg comes to the Penguins as the Nailers’ team leader in goals (11) and points (20). Twenty points in 20 games played also slots the 20-year-old Slovenian fourth among ECHL rookies in scoring.

Drozg, a fifth-round draft pick by Pittsburgh in 2017, played in three games for Wilkes-Barre/Scranton over the past two seasons while skating on an amateur tryout agreement. The Maribor, Slovenia native notched an assist in his AHL debut, his only point through those three contests.

Wilkes-Barre/Scranton’s next game is tonight, Saturday, Dec. 7, against the Texas Stars. Puck drop between the Penguins and Stars is scheduled for 7:05 p.m. at Mohegan Sun Arena at Casey Plaza.