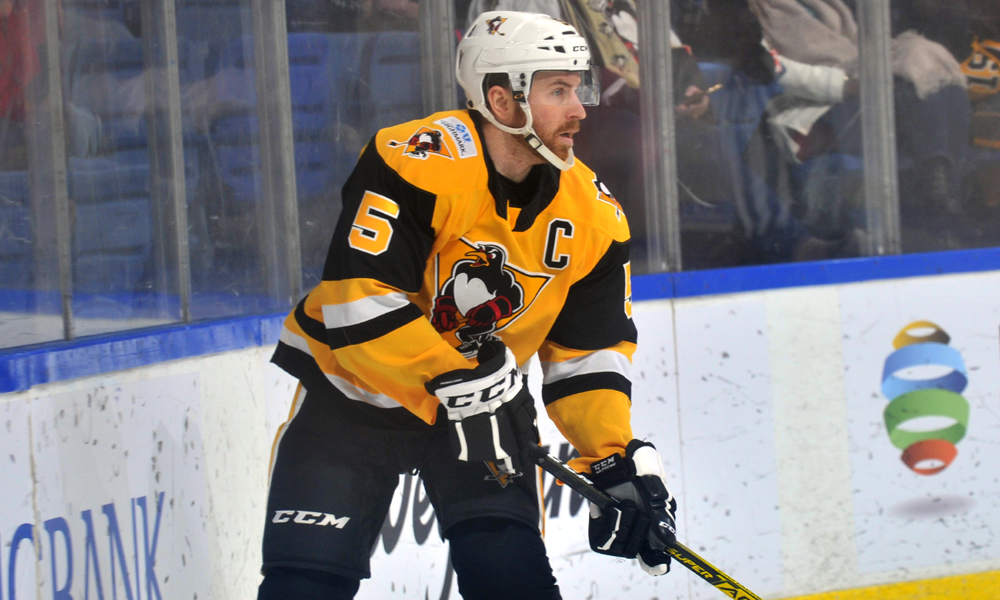 Friday, Dec. 6 – PENGUINS 3 vs. Texas 4
In the two clubs’ first meeting in franchise history, Texas edged Wilkes-Barre/Scranton with the use of an early third-period goal. Andreas Martinsen and Pierre-Olivier Joseph both recorded their first goals as Penguins, the latter was his first in the AHL.

Saturday, Dec. 7 – PENGUINS 3 vs. Texas 5
Sam Miletic scored the Teddy Bear Toss goal early in the middle frame, prompting a Penguins outburst of three goals in under three minutes. However, the Stars tallied 15 seconds into the third period to take a 4-3 lead and hung on from there.

Sunday, Dec. 8 – PENGUINS 2 at Hershey 3 (OT)
In the third game of a three-in-three weekend, the Penguins marched out to a 2-0 lead with first period goals by Miletic and Anthony Angello. Despite a marvelous, 32-save showing by Casey DeSmith, Hershey came back and won the game in OT.

Wednesday, Dec. 6 – PENGUINS at Rochester
Wilkes-Barre/Scranton makes its first and only appearance in Rochester this season to face-off against a pack of former Penguins. Forwards Kevin Porter, Scott Wilson, Jean-Sébastien Dea and Jarrett Burton all populate the Amerks roster.

Saturday, Dec. 8 – PENGUINS at Cleveland
The Pens and Monsters square off again in a rematch of the night before. Cleveland has one of the league’s better penalty kills (7th, 85.6%,) and has also generated seven shorthanded goals.

– Andrew Agozzino and Sam Miletic have both generated three goals and four assists for seven points in the Penguins’ last six games.

– Agozzino is tied for the ninth-most points in the AHL with 24.

HIT THE TRAIL FOR THE INAUGURAL PENGUINS 5K