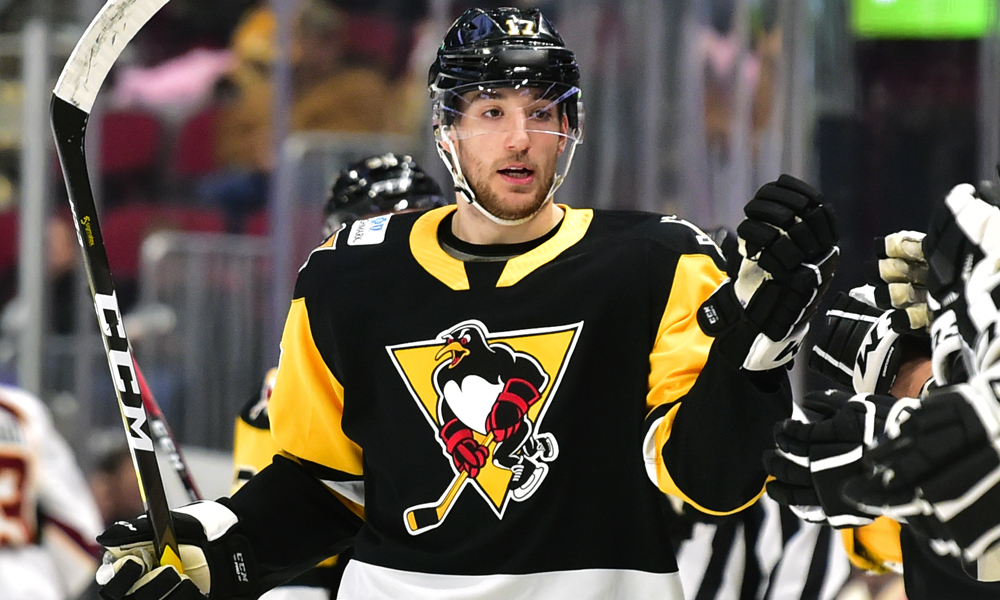 Wilkes-Barre/Scranton (14-10-3-1) raced out to a two-goal lead and hung on until the very end. Angello’s two goals were supported by two assists from Kevin Czuczman and a 27-save outing by Dustin Tokarski.

Angello’s first tally came at 9:20 of the first period when he powered his way down the left wing and snuck the puck short-side on Veini Vehviläinen. His second goal arrived at 8:40 of the middle frame. After his initial shot was blocked by the Monsters’ defense, Angello gathered his own rebound and wired it to the back of the net, giving the Penguins a 2-0 lead.

The Monsters’ lone goal came on the power play, as a Dillon Simpson slap shot navigated its way in at 14:25 of the second period.

Tokarski had multiple sequences in the third period that required consecutive saves, including a double denial of Paul Bittner midway through the final frame of regulation.

Thomas Di Pauli sealed the victory for the Penguins with an empty-net goal with only 54.1 seconds left in the game.

Vehviläinen recorded 26 saves in the loss for Cleveland.

Wilkes-Barre/Scranton’s next game is back on home ice on Wednesday, Dec. 18 against the Providence Bruins. Puck drop between the Penguins and Bruins is scheduled for 7:05 p.m. at Mohegan Sun Arena at Casey Plaza.