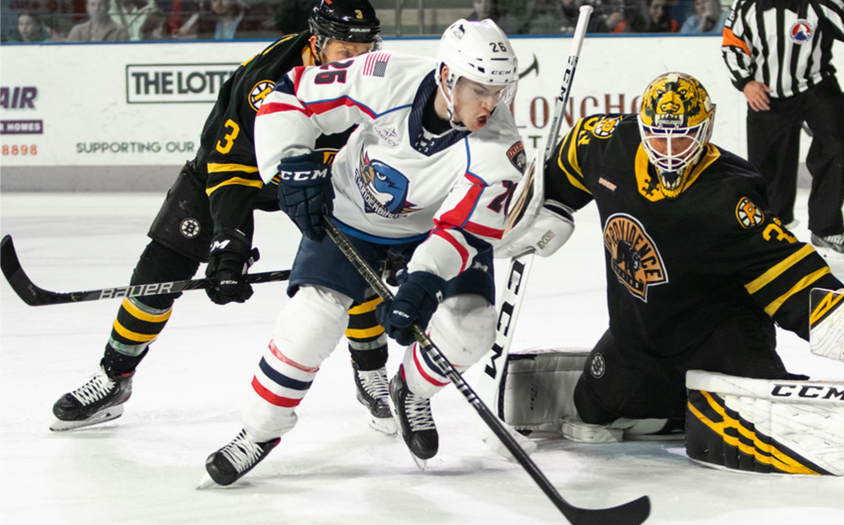 The Pittsburgh Penguins have acquired forward Kevin Roy from the Florida Panthers in exchange for Ryan Haggerty, it was announced today by executive vice president and general manager Jim Rutherford.

Roy is signed through the end of the 2019-20 season and carries an average annual value of $850,000 at the NHL level. The forward will report to the Wilkes-Barre/Scranton Penguins of the American Hockey League.

Roy, 26, has played 23 games for the Springfield Thunderbirds of the AHL this year, recording four goals, 10 assists and 14 points. His 14 points rank fourth on the Thunderbirds this season.

In 148 career AHL games split between the Thunderbirds and San Diego Gulls, Roy has recorded 35 goals, 67 assists and 102 points.

The native of Greenfield Park, Quebec was originally drafted in the fourth round (97th overall) of the 2012 NHL Draft by the Anaheim Ducks.

Prior to his professional debut in 2016, Roy played a four-year collegiate career at Northeastern University where he was teammates with current Penguin Zach Aston-Reese. In 130 games with the Huskies, Roy recorded 150 points (65G-85A) while also captaining the team in his senior season. Roy also skated in one season with the Lincoln Stars of the United States Hockey League in 2011-12, leading the league in goals (54), assists (50) and points (104) in 59 games.

Haggerty recorded 110 points (53+57) in 196 games with Wilkes-Barre/Scranton over parts of four seasons, and led the team with 23 goals and five game-winning goals during the 2018-19 season.

Wilkes-Barre/Scranton’s next game is back on home ice on Wednesday, Dec. 18 against the Providence Bruins. Puck drop between the Penguins and Bruins is scheduled for 7:05 p.m. at Mohegan Sun Arena at Casey Plaza.