PENGUINS LOSE TO BRUINS, WILL REMATCH ON FRIDAY 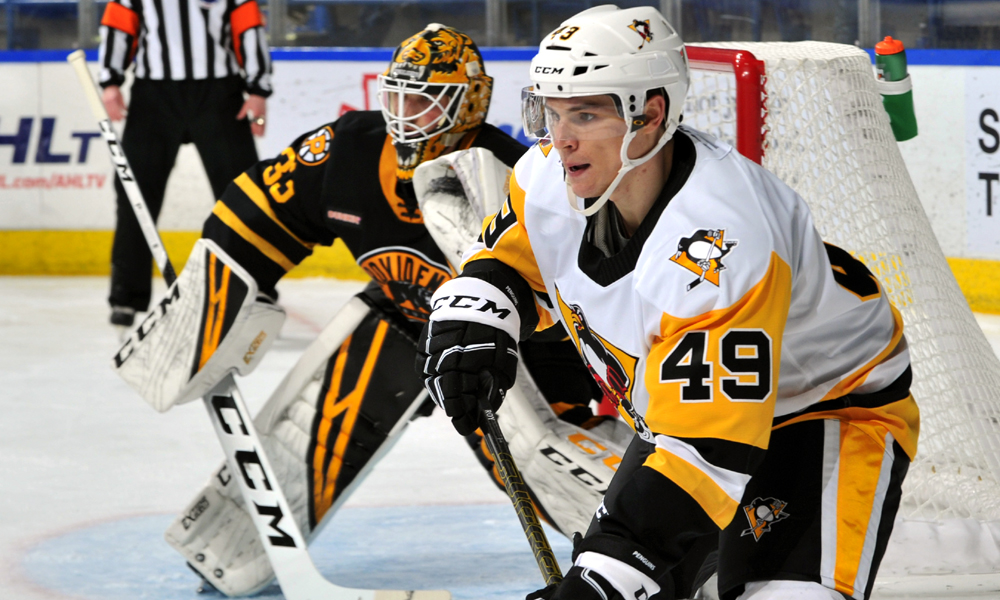 WILKES-BARRE, Pa. – In the first of a pair of home games against a division rival, the Wilkes-Barre/Scranton Penguins lost to the Providence Bruins, 6-0, on Wednesday night at Mohegan Sun Arena at Casey Plaza.

Wilkes-Barre/Scranton (14-11-3-1) fell behind in the second period, but despite an onslaught of shots in the final frame, Max Lagacé continuously turned its bids aside for the 38-save shutout.

After a scoreless first period, the Bruins opened up the second period with a goal at 3:16 by Pavel Shen.  Less than five minutes later, Providence extended their lead when Róbert Lántoši converted on a breakaway.

Peter Cehlárik set up Tommy Marchin with a cross-slot pass to add another tally for the Bruins at 13:23 of the second period. Cehlárik later delivered his own goal by tapping in a rebound during a late-middle frame power play.

Jack Studnicka and Marchin both tacked on insurance markers for Providence in the first five minutes of the third period, making it 6-0 and ending Casey DeSmith’s night early. Dustin Tokarski came in to replace DeSmith, and at that point, the game’s momentum shifted.

The Penguins had already been blanked by Lagacé on 14 second-period shots, but they eventually turned that up to a season-high 20 shots in the third period. Regardless of all the scoring chances they generated, Lagacé held firm and earned his league-leading fifth shutout of the season.

DeSmith registered 21 saves on 27 shots faced, while Tokarski turned aside the three shots thrown his way in his 15 minutes of relief.

Wilkes-Barre/Scranton will get another crack at the P-Bruins in their next game on Friday, Dec. 20 at Mohegan Sun Arena at Casey Plaza. Puck drop between the Penguins and Bruins is scheduled for 7:05 p.m.