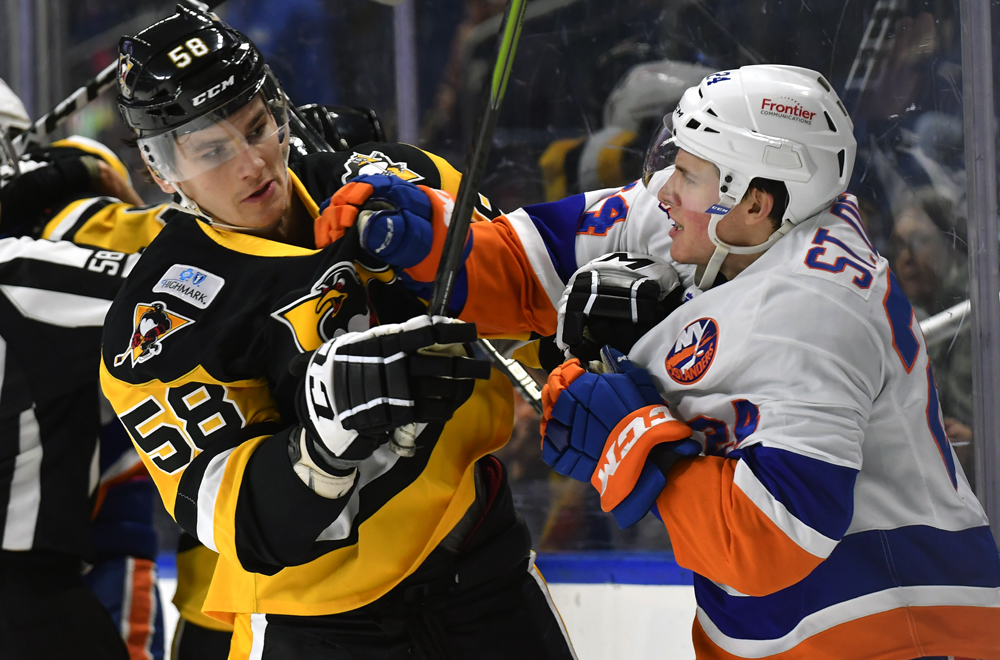 Wilkes-Barre/Scranton enters the holiday break with a record of 15-12-3-1 after losing to Bridgeport for the first time this season. The Penguins put 30 bids on goal, but none of them got past Jakub Škarek.

Kieffer Bellows put the Sound Tigers on the board just 71 seconds into the game, taking advantage of a loose puck left in the middle of the Penguins’ zone and whipping it to the back of the net.

Bridgeport had plenty of other chances to light the lamp in the first period by being handed four power plays in the opening frame, but an excellent, four-for-four showing by the Wilkes-Barre/Scranton penalty kill kept the deficit at one. However, the Penguins’ great run of penalty killing was snapped in the second period when Travis St. Denis knocked in a rebound at 12:22 of the frame.

Desperate to score in the third, the Penguins pulled goaltender Dustin Tokarski early when the team was on a power-play for a six-on-four man advantage. Wilkes-Barre/Scranton was unable to convert, and eventually Bridgeport buried a shot into the empty net. St. Denis sealed the 3-0 win with the empty-netter at 13:52 of the third period.

Tokarski notched 26 saves in just his second loss as a Penguin.

Wilkes-Barre/Scranton’s next game is Friday, Dec. 27 against the Lehigh Valley Phantoms. Puck drop between the Penguins and Phantoms is set for 7:05 p.m. at Mohegan Sun Arena at Casey Plaza.