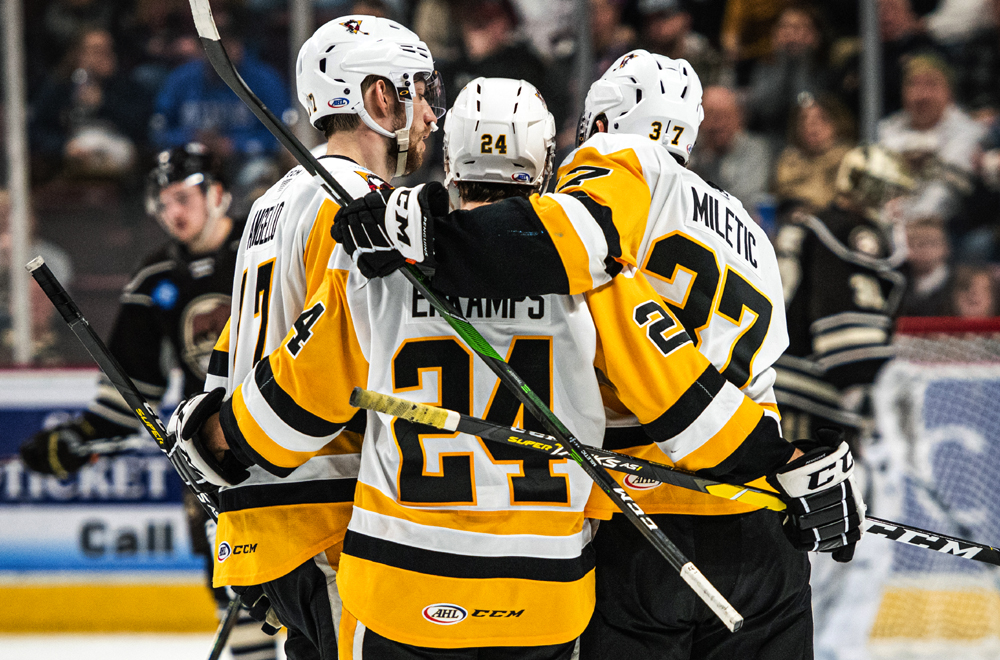 Wilkes-Barre/Scranton’s (17-12-3-1) defense was phenomenal the entire game, not allowing a single goal at even strength. Dustin Tokarski made 29 saves for the Penguins, including several key stops in the last minute of the game.

The Penguins broke through early in the second period, when Anthony Angello continued his offensive dominance through December. Angello ripped a wrist shot from the slot to the back of the Bears’ net at 3:34 of the middle frame, giving him his 13th goal of the year and eighth tally in his last nine games.

Hershey evened the score, 1-1, with a five-on-three power-play goal by Matt Moulson at 14:41 of the second period.

Thomas Di Pauli scored on the power play 3:15 into the third period, potting what would ultimately be the game-winning goal. An initial slap shot was fought off by Bears goalie Vítek Vaněček, but the puck rolled up his shoulder and trickled down his back. Di Pauli was waiting at the side of the net to swipe the loose change across the goal line and give the Penguins a 2-1 lead.

Hershey pulled Vaněček for an extra attacker with 2:32 to go in the game. Tokarski received some big help from the Penguins’ stellar defense, but also came up with some crucial saves in the dying moments of regulation.

Vaněček posted 22 saves in the streak-snapping loss for Hershey.

Wilkes-Barre/Scranton’s next game on Tuesday, Dec. 31, a New Year’s Eve matinée against the Springfield Thunderbirds. Puck drop between the Penguins and T-Birds is scheduled for 3:05 p.m. at Mohegan Sun Arena at Casey Plaza.

PENGUINS CHRISTMAS SWEATERS THROUGH THE YEARS