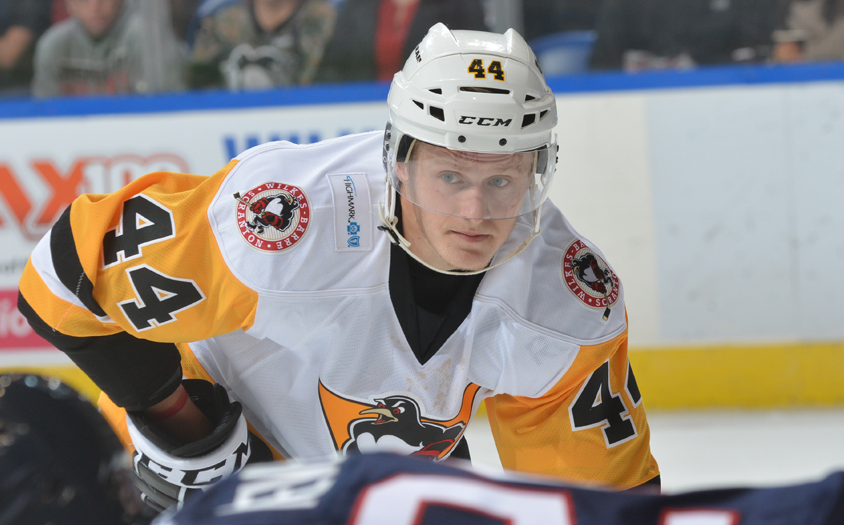 Former Wilkes-Barre/Scranton Penguins forward Jake Guentzel has been selected to represent the Pittsburgh Penguins at the NHL All-Star Game for the first time, it was announced by the NHL this afternoon. Guentzel will represent the Metropolitan Division.

The 2020 Honda NHL All-Star Weekend will be held January 24-25 at the Enterprise Center at St. Louis.

The 2020 Honda NHL All-Star Game will be a 3-on-3 tournament between the four NHL divisions, and will be held on Saturday, January 25 at 8:00 PM ET. One night prior, on Friday, January 24, will be the New Amsterdam Vodka All-Star Skills event at 8:00 PM ET.

In a season where Pittsburgh has been plagued by 152 man-games lost due to injury (including stretches of 10+ games without key players such as captain Sidney Crosby, Evgeni Malkin, Bryan Rust, Brian Dumoulin, Patric Hornqvist and Justin Schultz), Guentzel has been the constant. The 25-year old has appeared in all 38 games the Penguins have played, helping Pittsburgh to the fifth-best record in the NHL at 23-11-4 (50 points). He has dressed in 202 consecutive regular-season games.

Wilkes-Barre/Scranton’s next game is a New Year’s Eve matinée, when they take on the Springfield Thunderbirds. Puck drop between the Penguins and T-Birds is scheduled for 3:05 p.m. at Mohegan Sun Arena at Casey Plaza.