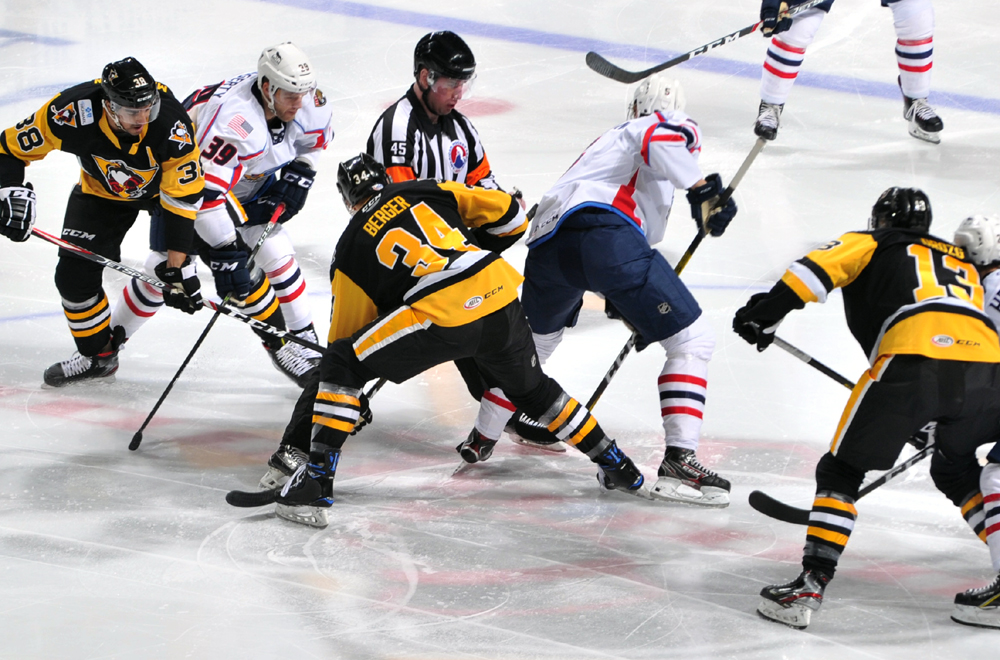 WILKES-BARRE, Pa. – In their last game before the New Year, the Wilkes-Barre/Scranton Penguins fell to the Springfield Thunderbirds, 5-4, in a shootout on Tuesday afternoon at Mohegan Sun Arena at Casey Plaza.

Wilkes-Barre/Scranton (17-12-3-2) and its Atlantic Division rival played in a teeter-totter contest filled with early offense and wild swings in momentum. Despite putting 40 shots on goal in regulation, the Penguins had to settle for overtime and then shootout stages against the T-Birds, during which Henrik Borgström scored the deciding goal.

The first period was headlined by offense. Wilkes-Barre/Scranton took a 2-0 lead seven minutes into the frame with back-to-back goals by Sam Miletic and Andrew Agozzino separated by 18 seconds of game time. Springfield responded with a strike by Paul Thompson at 11:46. Two minutes later, Dryden Hunt pulled the T-Birds even, 2-2, on the power play.

Springfield assumed its first lead of the game on a controversial goal by Ryan Haggerty at 16:53. Penguins goaltender Casey DeSmith had the puck covered at the side of his net, but the whistle never came. Eventually, the puck was knocked loose by the Thunderbirds, and Haggerty swept it across the goal line while colliding with DeSmith. After protest by the Penguins and a video review, the goal stood, and the T-Birds had a 3-2 lead.

Wilkes-Barre/Scranton composed itself and tied the game with 20.3 seconds before the intermission with a man-advantage marker from Jan Drozg.

The second frame saw significantly less scoring, but started hot with a goal by Springfield’s Joel Lowry 2:07 into the period. The Penguins played at a break-neck pace through the second period, out-shooting the     T-Birds, 15-6, but ended up with nothing to show for it.

The Penguins tied the game at 6:32 of the last period of regulation thanks to a side-of-the-net stuff play by Thomas Di Pauli.

In overtime, the Penguins were forced to fend off a four-on-three power play and survived. DeSmith recorded six saves in the extra session, getting the game to the shootout.

Borgström tallied in the first round of the shootout, proving to be the only goal by either side.

Philippe Desrosiers finished the game with 37 saves for Springfield in regulation and overtime and made an addition three stops in the shootout. DeSmith posted 27 saves through three periods and OT, and went one-for-two in the shootout.

Wilkes-Barre/Scranton’s first game of 2020 is Friday, Jan. 3 against the Hershey Bears. Puck drop between the Penguins and Bears is scheduled for 7:05 p.m. at Mohegan Sun Arena at Casey Plaza.