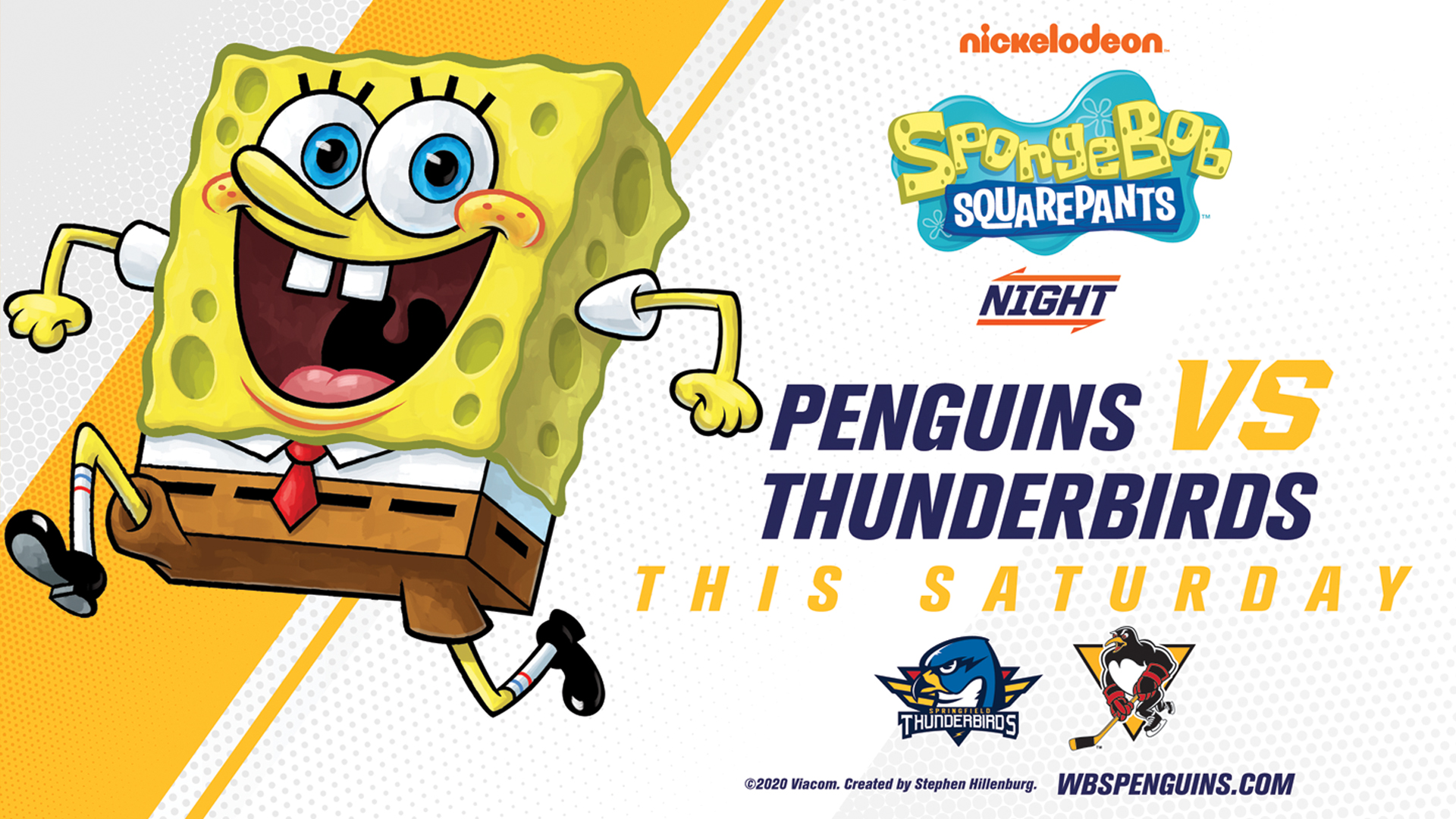 Are you ready kids?  The Wilkes-Barre/Scranton Penguins will be hosting Nickelodeon Night Featuring SpongeBob SquarePants on Saturday, January 4, 2020.

Come on out and celebrate your favorite aquatic sponge and his friends from Bikini Bottom as the Penguins battle with the Springfield Thunderbirds at the Mohegan Sun Arena at Casey Plaza.

The Penguins will also be wearing special SpongeBob SquarePants themed jerseys during warm ups, which will be auctioned off by the Penguins GOALS Foundation to benefit Geisinger Janet Weis Children’s Hospital / Children’s Miracle Network Hospitals.

Tickets for Nickelodeon Night Featuring SpongeBob SquarePants are on sale now and available at the Mohegan Sun Arena Box Office, by calling 570-208-7367, or online at ticketmaster.com