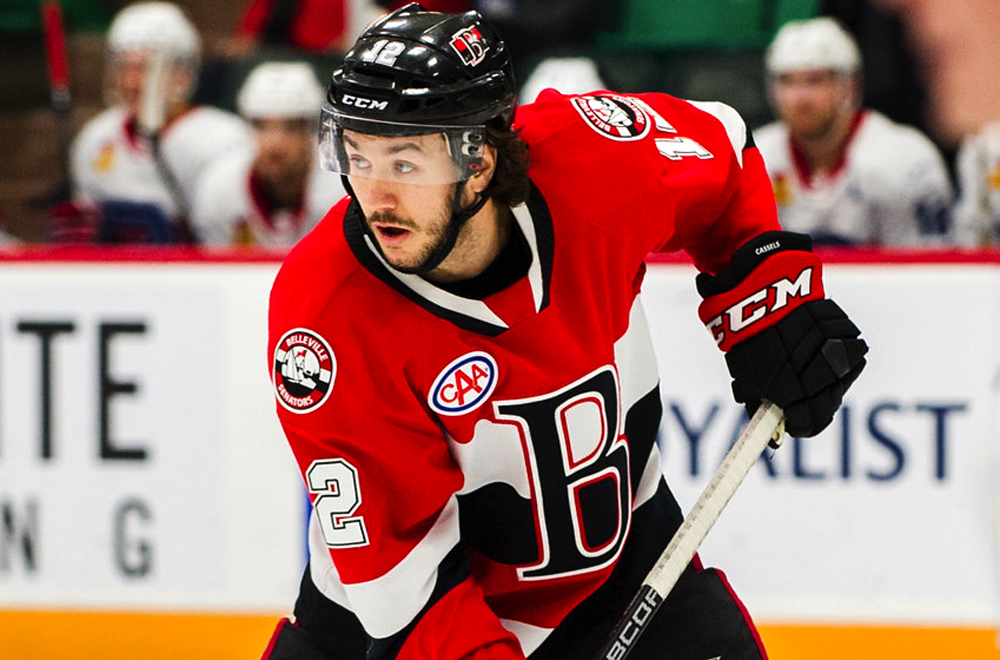 WILKES-BARRE, Pa. – The Wilkes-Barre/Scranton Penguins announced today that they have signed forward Cole Cassels to an American Hockey League contract for the remainder of the 2019-20 season.

Cassels began the season in the ECHL, playing for the Utah Grizzlies. In just seven games with the Grizzlies, Cassels notched 10 points (2G-8A) and was signed to a professional tryout agreement by the Belleville Senators. The fifth-year pro recorded a goal and an assist in his Senators debut on Nov. 2, 2019, and amassed eight points (3G-5A) in 24 games with Belleville.

A third-round draft pick (85th overall) by the Vancouver Canucks in 2013, Cassels captured the Ontario Hockey League Championship and the Memorial Cup Championship as a member of the Oshawa Generals in 2015. The Hartford, Connecticut-born forward tied for Generals’ team lead in points (31) during those OHL Playoffs and finished second overall in postseason scoring.

Wilkes-Barre/Scranton’s next game is tonight, Saturday, Jan. 4, against the Springfield Thunderbirds. Puck drop between the Penguins and T-Birds is scheduled for 7:05 p.m. at Mohegan Sun Arena at Casey Plaza.