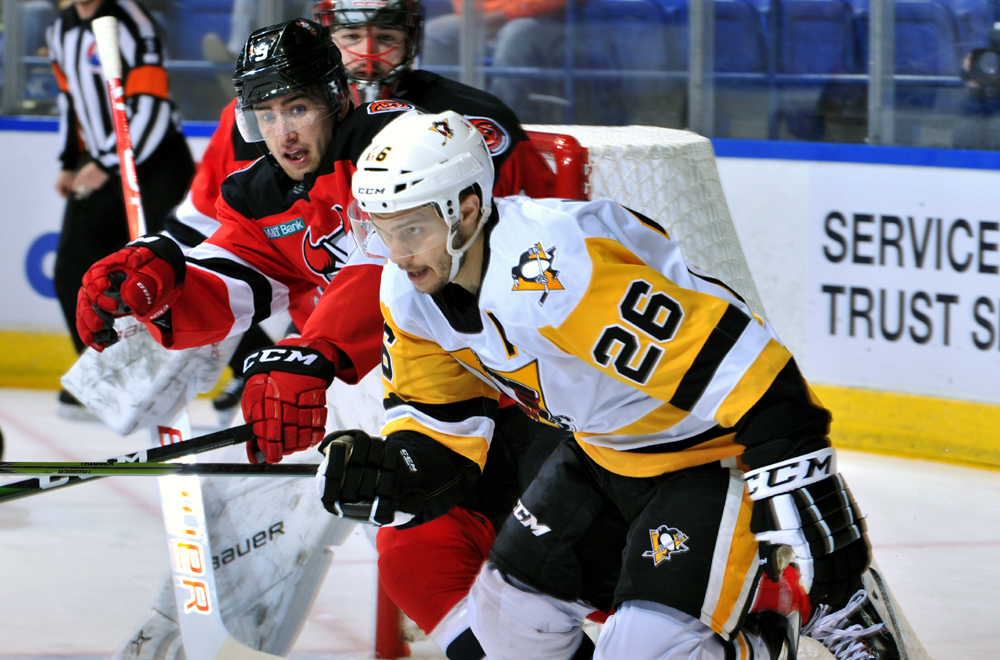 The Pittsburgh Penguins have recalled forward Andrew Agozzino from the Wilkes-Barre/Scranton Penguins of the American Hockey League, it was announced today by executive vice president and general manager Jim Rutherford.

Forward Thomas Di Pauli has been re-assigned to WBS after playing in two games for Pittsburgh including his NHL debut on January 4 at Montreal.

Earlier this season, the Kleinburg, Ontario native was called up by Pittsburgh and played in the Penguins’ 2-1 victory over Anaheim on October 10.

In 22 NHL games split between Colorado and Pittsburgh, the 5-foot-10, 187-pound Agozzino has recorded one goal, four assists and five points.