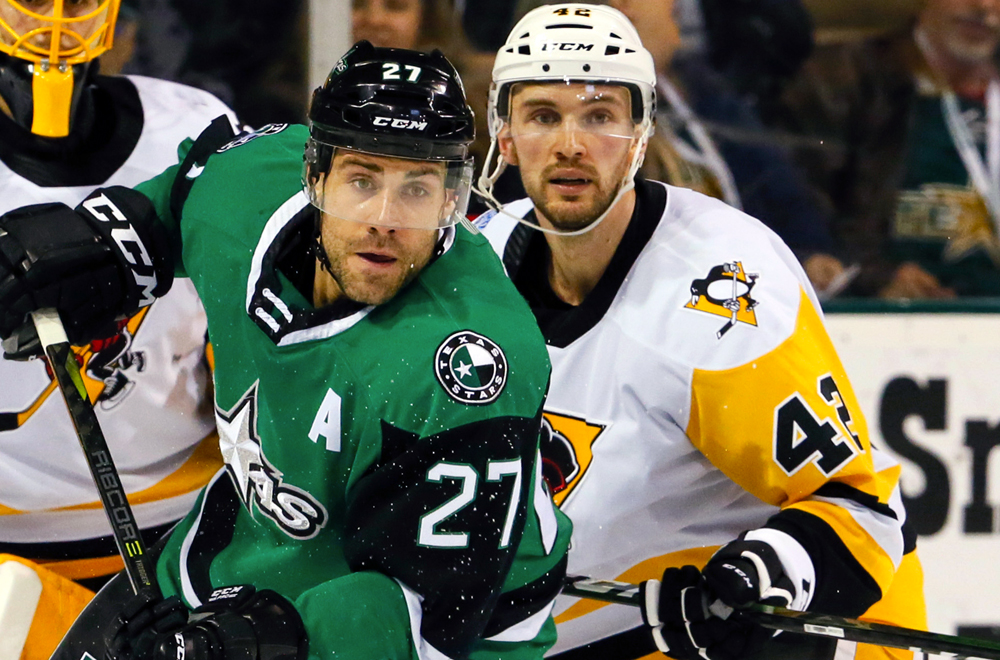 CEDAR PARK, Texas – The Wilkes-Barre/Scranton Penguins started their six-game road trip with a 5-2 loss to the Texas Stars on Wednesday at H-E-B Center at Cedar Park.

Wilkes-Barre/Scranton (18-16-3-3) was neck-and-neck with Texas going into the third period, but Tanner Kero’s hat trick allowed the Stars to pull away.

The Penguins struck first with a power-play goal at 4:39 of the first period. Just 12 seconds into the man advantage, Anthony Angello sent a behind-the-back pass across the crease to Kevin Roy, who slammed the one-timer to the back of the net. However, Kero responded with a power-play goal for Texas two minutes later.

Roy set up Adam Johnson for a short-side snipe midway through the second period, reestablishing the Penguins’ lead. Once again, the Stars had an answer, this time with Anthony Louis evening the score, 2-2, at 13:10 of the middle frame.

Texas took its first lead of the night just 38 seconds into the third period when Joel L’Esperance had the puck knifed out of his possession, but the change of direction ramped off of Casey DeSmith’s paddle, over his arm and into the net.

Kero took advantage of a turnover in the Penguins zone to score his second goal of the night at 12:16 of the third period, and he later completed the hat trick with an empty netter.

DeSmith finished the game having made 32 saves on 36 shots faced, while Jake Oettinger recorded 18 stops for Texas.

Wilkes-Barre/Scranton’s next game is a rematch with the Stars, Friday, Jan. 17, at H-E-B Center at Cedar Park. The Penguins’ next home game is Friday, Jan. 31 against the Lehigh Valley Phantoms. Puck drop between the Penguins and Phantoms is scheduled for 7:05 p.m. at Mohegan Sun Arena at Casey Plaza.