PENGUINS FIGHT BACK, BUT LOSE IN SHOOTOUT TO STARS 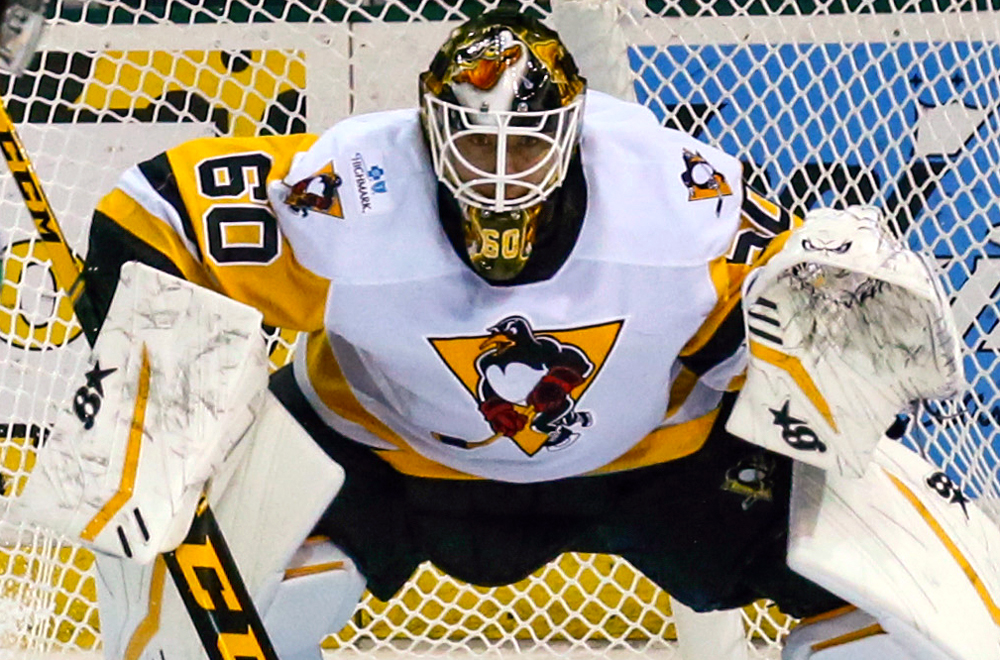 CEDAR PARK, Texas – The Wilkes-Barre/Scranton Penguins battled back against the Texas Stars but lost in a shootout, 4-3, on Friday night at H-E-B Center at Cedar Park.

Wilkes-Barre/Scranton (18-16-3-4) used its power play and a three-point effort by Kevin Roy to keep pace with a Texas team that seized an early lead, but the Penguins were ultimately out-dueled in the four-round shootout.

Texas took a quick, 2-0 lead on goals by Nick Camaano and Ben Gleason. Those early strikes prompted Penguins head coach Mike Vellucci to replace goaltender Dustin Tokarski with Emil Larmi at 5:41 of the first period. Larmi stabilized things for Wilkes-Barre/Scranton, stopping all eight shots he faced through the rest of the opening frame.

Adam Johnson sliced the Penguins’ deficit in half by wiring a wrist shot past Jake Oettinger and into the back of the Stars’ net with 3:30 left before the first intermission.

Kevin Roy tied the game, 2-2, with a man-advantage marker at 6:09 of the second period. However, Texas responded with a power-play goal of its own midway through the period to reestablish a one-goal edge.

Early in the third, the Penguins were given an extended five-on-three man advantage. David Warsofsky converted with a slap shot from the point, and evened the scales at 3-3.

Both teams had a collection of grade-A scoring chances in sudden death overtime, but were thwarted by the excellent play of both goalies. At one point, Larmi made a forward-diving save to deny a Stars player who was left all alone in the slot.

Jason Robertson struck first in the first round of the shootout, but Jordy Bellerive put the Penguins on the board with a wicked shot in the second round. Caamano delivered the game-winner for Texas in the fourth round, and earned his team the 4-3 victory.

Oettinger made 27 saves in regulation and overtime, and then an additional three stops in the shootout. Larmi made 24 saves after replacing Tokarski, who denied two of four shots faced.

Wilkes-Barre/Scranton’s next game is tomorrow, Saturday, Jan. 18, against the San Antonio Rampage. The Penguins’ next home game is Friday, Jan. 31 against the Lehigh Valley Phantoms. Puck drop between the Penguins and Phantoms is scheduled for 7:05 p.m. at Mohegan Sun Arena at Casey Plaza.

DAVIDSON, MOORE WORKING BEHIND THE SCENES WITH GOLDEN KNIGHTS