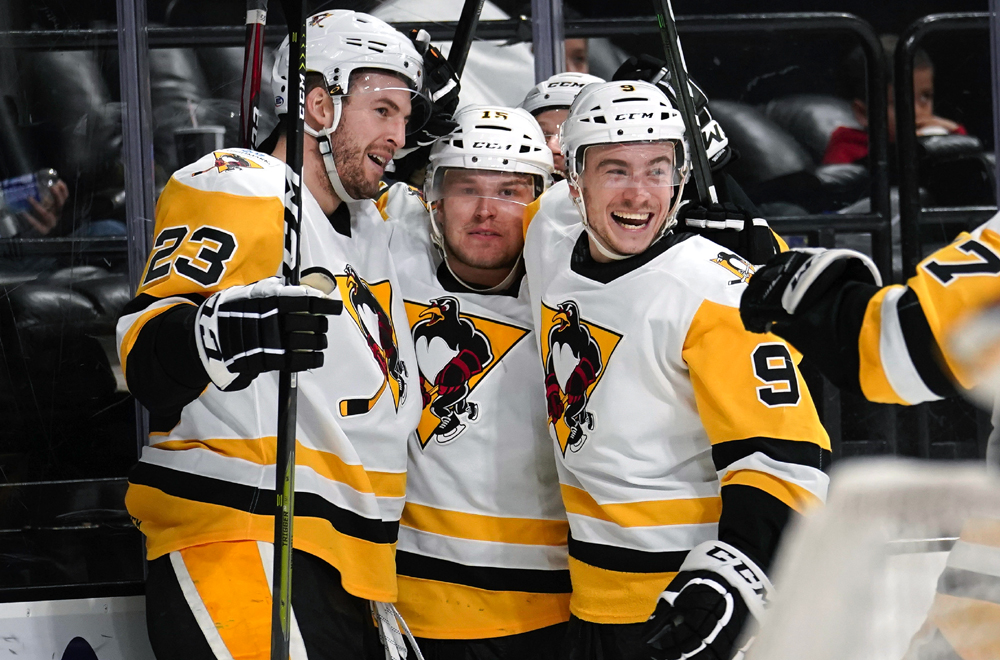 Wilkes-Barre/Scranton (19-16-3-4) received two goals and the shootout-winner from Bellerive, as the team captured its first win on its Texas road trip.

The Penguins got on the board first as a shot by David Warsofsky was redirected in at the net-front by Joseph Blandisi at 12:22 of the first period. San Antonio eventually pulled even with a second-period shorthanded goal from Austin Poganski.

The Rampage took its first lead of the night on a backhand shot by Jake Walman, but that lead didn’t last long. One minute and 11 seconds later, Bellerive scored his first of the night, and knotted the score, 2-2.

Bellerive tallied again at 10:37 of the third period, sneaking a short-side shot through Rampage goaltender Ville Husso. However, Walman took a page out of Bellerive’s book and answered back for San Antonio within two minutes.

In overtime, the Penguins out-shot the Rampage, 5-0, but didn’t find a sudden-death winner. Bellerive delivered the goods in the shootout, and Casey DeSmith shut down all three San Antonio attempts to secure victory for Wilkes-Barre/Scranton.

DeSmith made 22 saves in regulation, while Husso denied 32 bids through 65 minutes and one shootout attempt.

Wilkes-Barre/Scranton’s next game is Tuesday, Jan. 21, a rematch against the San Antonio Rampage. The Penguins’ next home game is Friday, Jan. 31 against the Lehigh Valley Phantoms. Puck drop between the Penguins and Phantoms is scheduled for 7:05 p.m. at Mohegan Sun Arena at Casey Plaza.