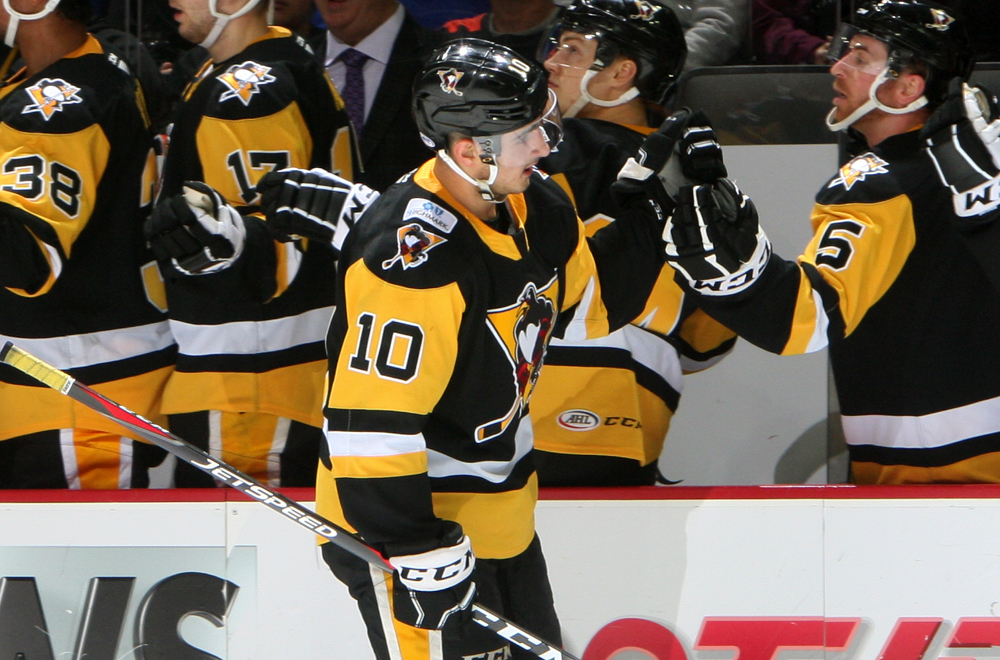 The Pittsburgh Penguins have recalled forward Joseph Blandisi from the Wilkes-Barre/Scranton Penguins of the American Hockey League, it was announced today by executive vice president and general manager Jim Rutherford.

This will be the seventh trip to Pittsburgh for Blandisi as the Penguins have suffered through numerous injuries and 204 man-games lost this season.

Blandisi, 25, has played in 21 games for Pittsburgh, registering two goals, three assists and five points. His latest goal came in the Penguins’ win on December 20 at Edmonton.

On January 4 in Montreal, the Markham, Ontario native passed the 100 career NHL games played mark and has totaled 31 points (10G-21A) in 101 games split between Pittsburgh, Anaheim, and New Jersey.

With WBS this season, Blandisi has four goals, four assists, and eight points in 16 games.

Pittsburgh takes on the Philadelphia Flyers, tomorrow January 21, in their final game before the All-Star Break. Puck drop is set for 7:30 PM at the Wells Fargo Center.

Wilkes-Barre/Scranton’s next game is Tuesday, Jan. 21, a rematch against the San Antonio Rampage. The Penguins’ next home game is Friday, Jan. 31 against the Lehigh Valley Phantoms. Puck drop between the Penguins and Phantoms is scheduled for 7:05 p.m. at Mohegan Sun Arena at Casey Plaza.