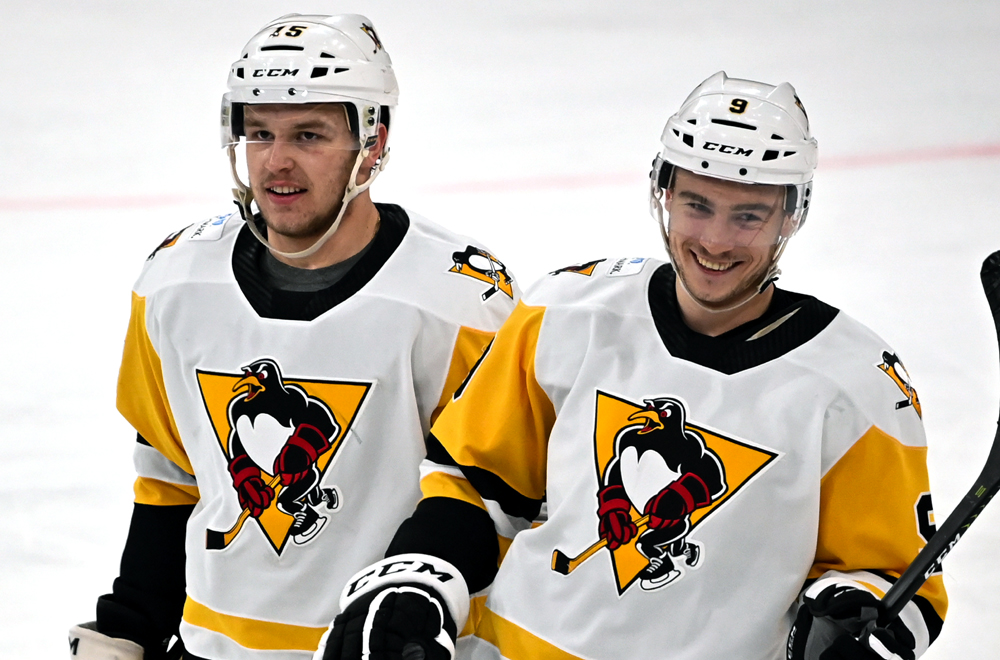 Wednesday, Jan. 15 – PENGUINS 2 at Texas 5
Kevin Roy and Adam Johnson turned in one-goal, one-assist performances, but a three-goal third period by the Stars put them over the top.

Friday, Jan. 17 – PENGUINS 3 at Texas 4 (SO)
The Penguins’ power play scored two key goals and Roy notched three points (1G-2A). However, the Stars earned the extra point in a shootout. Emil Larmi turned in a sparkling performance in net after relieving Dustin Tokarski 5:41 into the game.

Saturday, Jan. 18 – PENGUINS 4 at San Antonio 3 (SO)
Jordy Bellerive scored twice in regulation and then tallied the winner during the shootout to put the Penguins back in the win column. Casey DeSmith registered 22 saves and then denied all three Rampage shootout attempts.

Tuesday, Jan. 21 – PENGUINS at San Antonio
Two teams determined for wins square off again, this the final matchup between Wilkes-Barre/Scranton and San Antonio this season. The Penguins are 2-1-0-0 against the Rampage, but both wins came after regulation.

Friday, Jan. 24 – PENGUINS at Charlotte
Mike Vellucci continues to look for his first win against his former team, as the Checkers have already beaten the Pens twice this season. However, this will be their first meeting on Vellucci’s old stomping grounds, BoJangles’ Coliseum.

Saturday, Jan. 25 – PENGUINS at Charlotte
Wilkes-Barre/Scranton and Charlotte face-off for the last time this season with important points in the Atlantic Division playoff hunt on the line. The Checkers are rolling having won 11 of their last 12 games.

– Jordy Bellerive is the second player in Penguins franchise history to score twice and regulation and then score in the shootout, joining Janne Pesonen (Mar. 18, 2009).

– The Penguins finished their four-game season series against Texas with a 28.6 percent power play.

– Seventeen of Adam Johnson’s 24 points this season have come as part of multi-point performances. 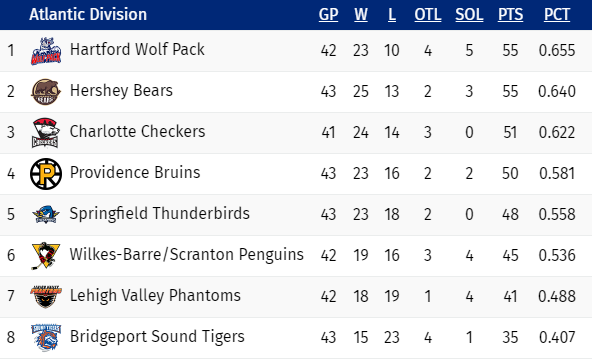 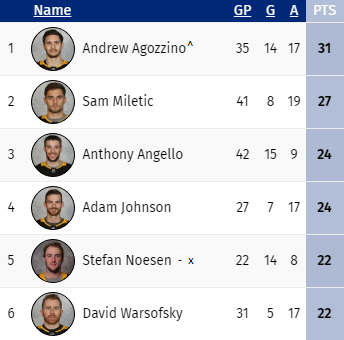