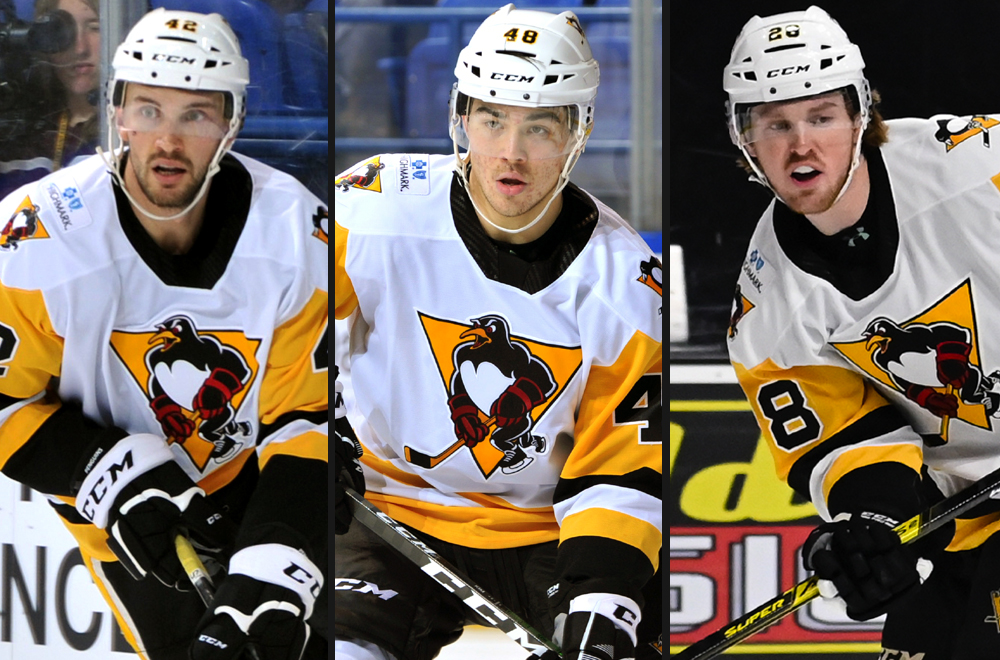 WILKES-BARRE, Pa. – The Wilkes-Barre/Scranton Penguins announced today that defensemen Matt Abt and Michael Kim as well as forward Christopher Brown have been reassigned to their ECHL affiliate, the Wheeling Nailers.

Abt, who is in his second season as a pro, registered four points (1G-3A) in 27 games with the Penguins this year, including his first career goal on Nov. 30, 2019 vs. Bridgeport. In 90 career games with Wilkes-Barre/Scranton, the defenseman from Leduc, Alberta notched one goal and 15 assists for 16 points.

Kim is a 24-year-old rookie in his first full season in the American Hockey League. He’s accrued two points, both assists, in 21 games with Wilkes-Barre/Scranton this season. The Toronto, Ontario native also appeared in two games with the Penguins last year on an amateur tryout agreement after wrapping up his four-year career at Boston College.

Prior to being recalled to Wilkes-Barre/Scranton on Jan. 10, 2020, Brown posted seven goals and 10 points in his last 11 games with Wheeling. The Michigan-born forward’s outburst got him up to 17 points (10G-7A) on the season, his first as a pro. In four games with the Penguins this season, Brown notched no points.

The 23-year-old forward was drafted in the 6th round (151st overall) by the Buffalo Sabres. He then went on to play four years of college hockey for Boston College. In his time with the Eagles, he played in 151 games, scoring 27 goals and tallying 72 points.

Wilkes-Barre/Scranton’s next game is tonight, Friday, Jan. 24, against the Charlotte Checkers. The Penguins’ next home game is the team’s first game out of the All-Star Break, Friday, Jan. 31, when they take on the Lehigh Valley Phantoms. Puck drop between the Penguins and Phantoms is scheduled for 7:05 p.m.