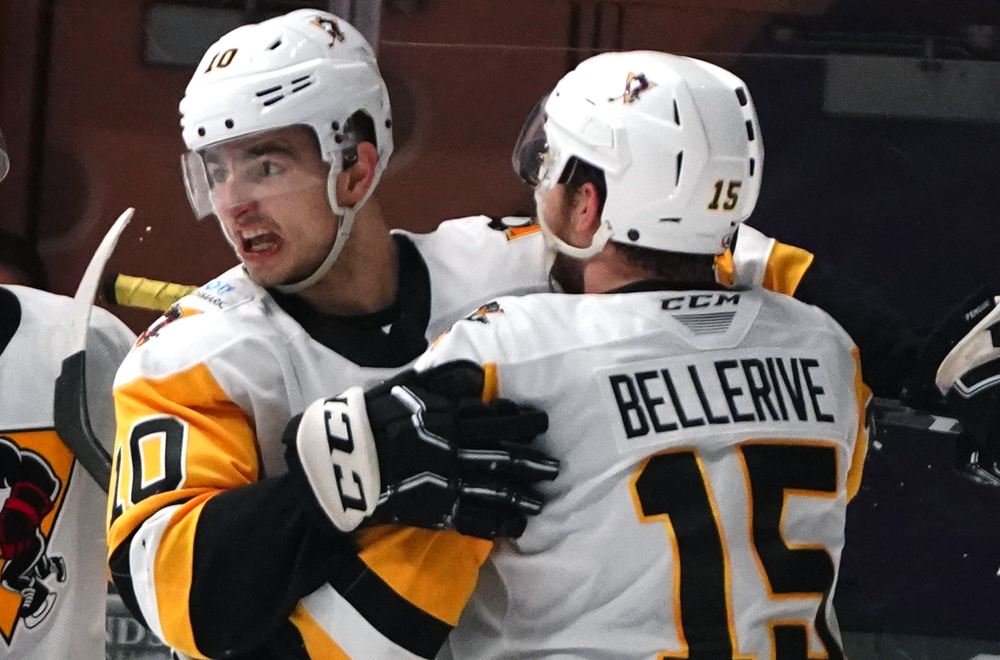 Wilkes-Barre/Scranton (22-16-3-4) has wins in four-straight, points in seven of last eight

Tuesday, Jan. 21 – PENGUINS 3 at San Antonio 2 (OT)
Anthony Angello tallied his team-leading 16th goal of the season, tying the game in the second period. Eventually, Jordy Bellerive came through in the clutch with the overtime game-winner.

Friday, Jan. 24 – PENGUINS 5 at Charlotte 4
Big nights from David Warsofsky (2G-2A) and Cole Cassels (2G-3A) propelled the Penguins past the Checkers in a back-and-forth, high-scoring affair. The Penguins scored three power-play goals against the top ranked P.K. in the league.

Saturday, Jan. 25 – PENGUINS 4 at Charlotte 2
Jordy Bellerive notched two goals in the second period, but Thomas Di Pauli’s two tallies in the last two minutes of regulation allowed the Penguins to enter the All-Star Break with a huge win.

Friday, Jan. 31 – PENGUINS vs. Lehigh Valley
Wilkes-Barre/Scranton comes out of the All-Star Break with a tilt against its PA Turnpike rival. The Penguins are 3-0-0-0 against the Phantoms at home this season. Furthermore, Friday is the debut of the Penguins Postgame Concert Series, featuring postgame entertainment from A Proud Monkey.

Saturday, Feb. 1 – PENGUINS vs. Bridgeport
The Penguins Postgame Concert Series continues on Saturday, with No Quarter taking the stage after Wilkes-Barre/Scranton wraps things up with Bridgeport. The last 14 games between the Penguins and Sound Tigers have been an even split with eight wins apiece.

– Adam Johnson notched his 100th AHL point with an assist in the Penguins’ Friday win at Charlotte. 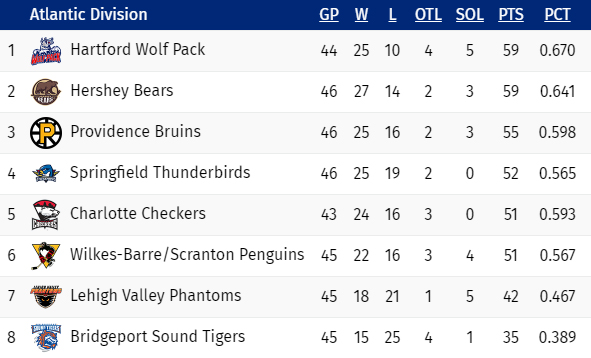 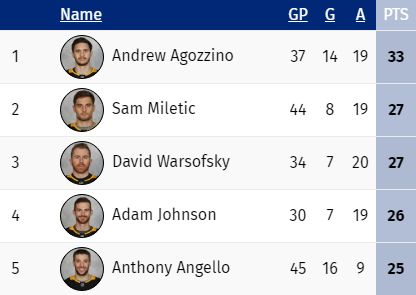 INJURIES CAN LEAD TO OPPORTUNITIES