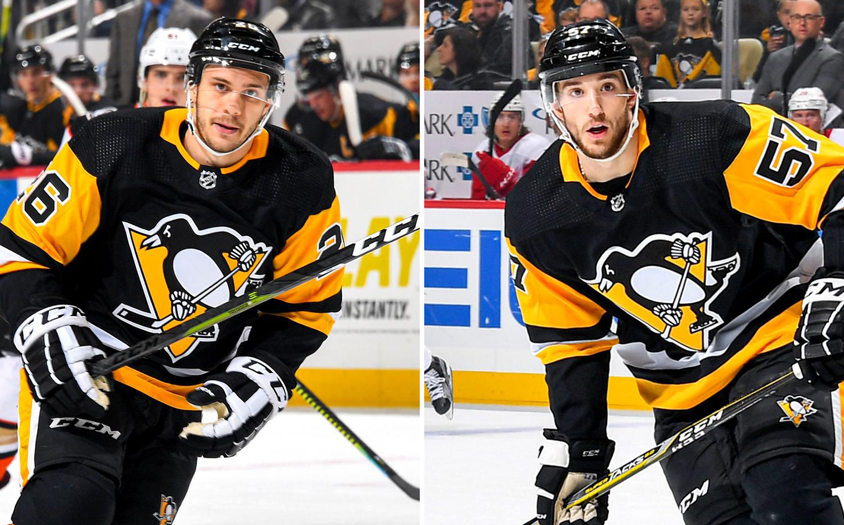 The Pittsburgh Penguins have recalled forwards Anthony Angello and Andrew Agozzino from the Wilkes-Barre/Scranton Penguins of the American Hockey League on an emergency basis, it was announced today by executive vice president and general manager Jim Rutherford.

Angello, 23, has produced 16 goals, nine assists and 25 points in 45 games this year for WBS. He ranks first on the team in goals, tied for second in assists, and is tied for first with Agozzino with three game-winning goals. The Albany, New York native is looking to make his NHL debut.

Angello was the Penguins’ fifth round (145th overall) draft selection in the 2014 NHL Draft and signed a two-year, entry-level contract with the team on April 5, 2018.

Before joining Cornell, Angello skated for two seasons with the Omaha Lancers of the United States Hockey League. He was named the USHL Scholar-Athlete Award winner for the 2013-14 campaign.

Agozzino, 29, has appeared in nine games at the NHL level this season, notching his first point (1A) with the Penguins on January 14 in the win against Minnesota.

The Kleinburg, Ontario native leads WBS in points (33) and is tied for second on the team in goals (14) and assists (19) after 37 games played. He was also named to the 2020 AHL All-Star Classic.

With both Pittsburgh and the Colorado Avalanche, Agozzino has totaled six points (1G-5A) in 30 NHL games.

Wilkes-Barre/Scranton returns to action this Friday, Jan. 31 against the Lehigh Valley Phantoms. Puck drop between the Penguins and Phantoms is scheduled for 7:05 p.m. at Mohegan Sun Arena at Casey Plaza.  It’s another EYEWITNESS NEWS FAN FRIDAY, with discounted lower bowl tickets, $2 drafts from 6-7:30 and a postgame concert featuring A Proud Monkey.  Get your FAN FRIDAY tickets by clicking here.