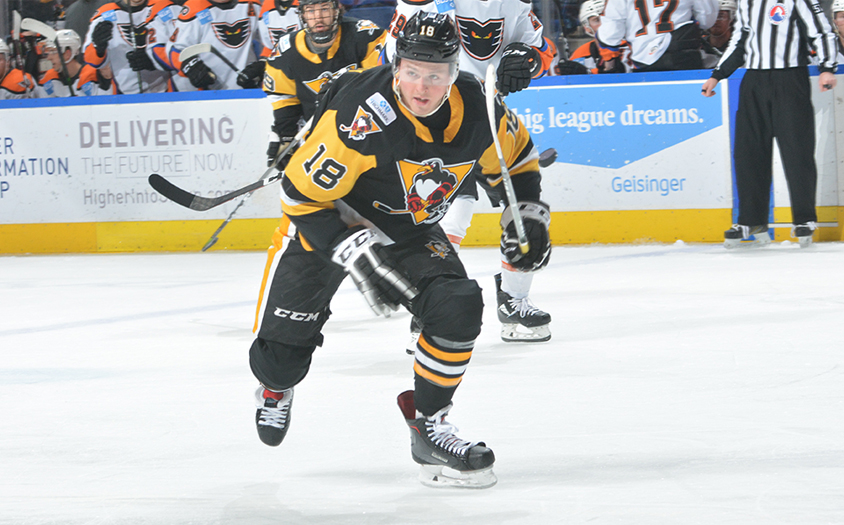 The Pittsburgh Penguins have recalled forward Sam Lafferty from the Wilkes-Barre/Scranton Penguins of the American Hockey League, it was announced today by executive vice president and general manager Jim Rutherford.

Lafferty, 24, has recorded four goals, six assists and 10 points in 36 games with the Penguins, his hometown team. The Hollidaysburg, PA native recorded six points (3G-3A) in his first 10 NHL games with the three goals coming in back-to-back nights on January 12 and 13 in Minnesota (1G-2A) and Winnipeg (2G).

With WBS this season, Lafferty has three goals in six games and a plus-1, and scored a third-period goal in WBS’s 4-1 win over Lehigh Valley on Friday night.