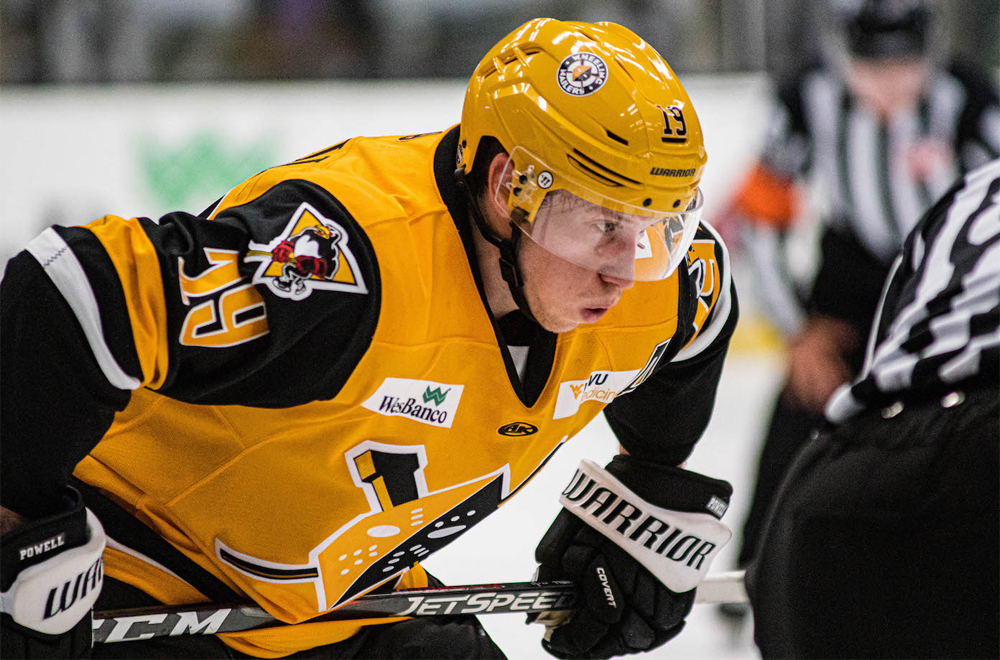 WILKES-BARRE, Pa. – The Wilkes-Barre/Scranton Penguins announced today that they have recalled forward Myles Powell from their ECHL affiliate, the Wheeling Nailers.

In his first season with Wheeling and his second as a pro, Powell has registered six goals and 14 assists for 20 points in 19 games for the highest points-per-game pace on the Nailers. Furthermore, Powell is coming off of a season in which he was named to the ECHL All-Rookie Team after leading all league rookies with 31 goals and 66 points as a member of the Cincinnati Cyclones.

The Penguins signed the 25-year-old forward to an AHL contract on July 16, 2019. Powell has appeared in 11 career AHL games, all logged with the Rochester Americans. Powell recorded no points in that time.

Prior to turning pro, Powell played four seasons of college hockey at the Rochester Institute of Technology. Powell wore the “C” as co-captain of the Tigers in his junior and senior seasons, and he placed second on the team in points for three consecutive years (2015-16, 2016-17, 2017-18.)

Wilkes-Barre/Scranton’s next game is tonight, Friday, Feb. 7, against the Hershey Bears. Tonight’s showdown between Keystone State rivals is also an Eyewitness News Fan Friday, with lower-bowl seating available for $15 and select draught beers on sale from 6:00 – 7:30 p.m. Puck drop between the Penguins and Bears is scheduled for 7:05 p.m.