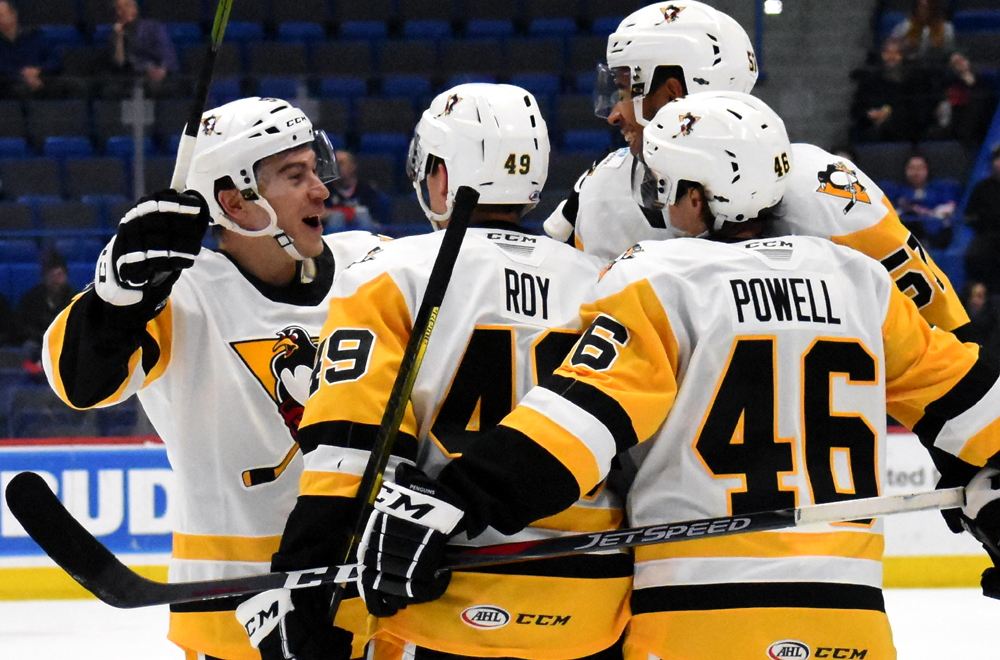 HARTFORD, Conn. – Rookie defenseman Pierre-Olivier Joseph delivered both goals for the Wilkes-Barre/Scranton Penguins in a 2-1 win over the Hartford Wolf Pack on Saturday at XL Center.

The first period was mostly a quiet one, as scoring chances were hard to come by for both teams. Eventually, Joseph broke through for the Penguins, ripping a slap shot to the back of the Wolf Pack net with only 1.6 seconds left in the opening frame.

Hartford got one back two minutes into the second period. After a series of saves by Casey DeSmith, Ryan Dmowski shuttled a shot from a sharp angle and snuck it through the sprawling goaltender to even things up, 1-1.

Joseph’s second strike of the night came at 14:51 of the middle frame, unloaded another huge shot from the point that navigated its way through traffic on its way to the back of the net.

DeSmith proceeded to lock things down in the third period, including a 10-bell save during a shorthanded two-on-one for the Wolf Pack. DeSmith notched 25 saves for Wilkes-Barre/Scranton, while Adam Húska  denied 17 shots thrown his way for Hartford.

The Penguins power-play was ultimately unsuccessful on three opportunities on the night, but they managed to go a perfect three-for-three on the penalty kill.