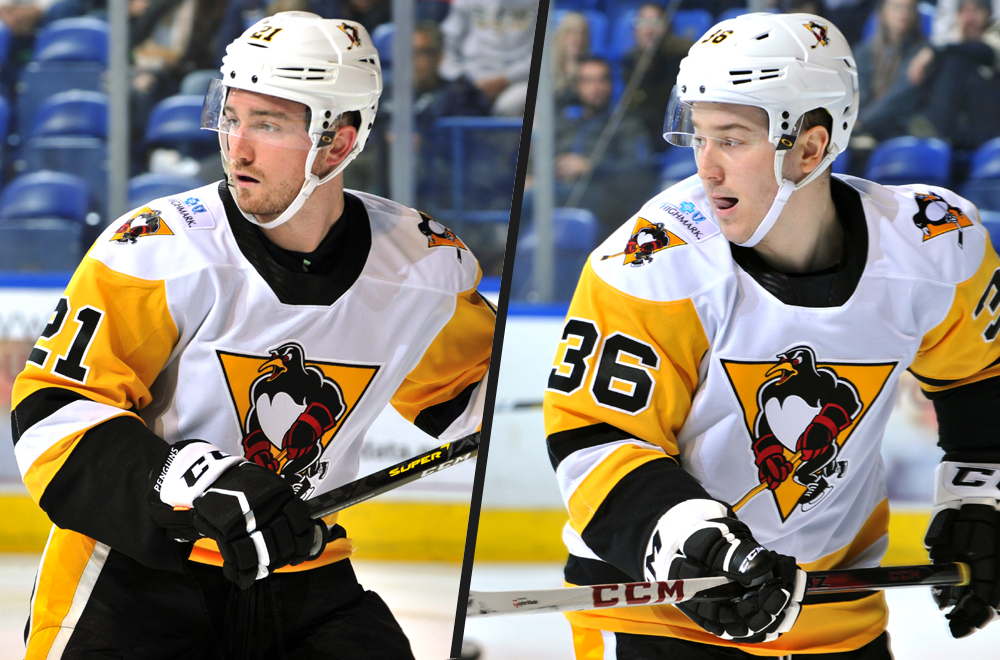 WILKES-BARRE, Pa. – The Wilkes-Barre/Scranton Penguins announced today that they have recalled forward Ryan Scarfo from their ECHL affiliate, the Wheeling Nailers, and reassigned forward Brandon Hawkins to Wheeling.

Scarfo, 25, has appeared in 46 career AHL games over the course of the last three seasons, splitting time with Wilkes-Barre/Scranton and the Belleville Senators. In those 46 contests, Scarfo has earned three goals and eight assists for 11 points.

The native of North Chelmsford, Massachusetts ranks fifth overall for the Nailers in points this season (26). Scarfo also managed to rack up six points (3G-3A) in his last six games with Wheeling.

Hawkins, a first-year pro, led the Nailers with 14 goals at the time of his recall to the Penguins on Jan. 31. Furthermore, he still leads the Nailers with 161 shots on goal. In 36 games with Wheeling, Hawkins has managed 27 total points.

In six games with Wilkes-Barre/Scranton this season, Hawkins recorded one point, his first AHL assist on Oct. 25, 2019 vs. San Antonio. The 25-year-old forward from Macomb Township, Michigan also played briefly with the Penguins at the end of last season on an amateur tryout agreement, scoring goals in both of his first two AHL games.

Wilkes-Barre/Scranton’s next game is Friday, Feb. 21, against the Hershey Bears. Puck drop between the Penguins and Bears is scheduled for 7:05 p.m.