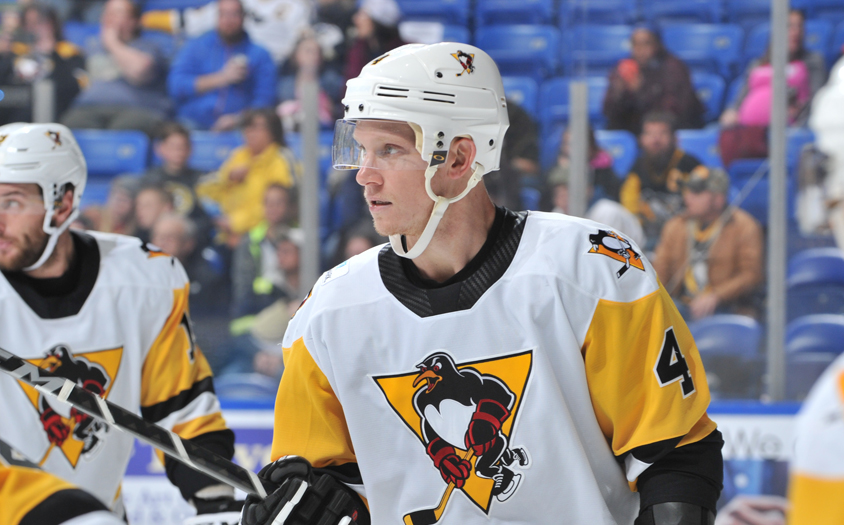 The Pittsburgh Penguins have recalled defenseman Zach Trotman on an emergency basis from the Wilkes-Barre/Scranton Penguins of the American Hockey League, it was announced today by executive vice president and general manager Jim Rutherford.

Defenseman John Marino has been placed on injured reserve.

Trotman, 29, played in five games with Pittsburgh this season from November 21-December 4, recording a plus-1.

A Carmel, Indiana native, Trotman has seen action in 88 NHL games spanning six seasons with both Boston and Pittsburgh, totaling 13 points (3G-10A) and a career plus-3.

Pittsburgh finishes off a home-and-home series with Toronto, tomorrow, Thursday, February 20 with a 7:00 PM puck drop at Scotiabank Arena. The Penguins are looking for points in a sixth-straight game (4-0-1).

Wilkes-Barre/Scranton’s next game is Friday, Feb. 21, against the Hershey Bears. Puck drop between the Penguins and Bears is scheduled for 7:05 p.m.  It’s another EYEWITNESS NEWS FAN FRIDAY, with reduced price lower bowl seats and $2 drafts from 6-7:30pm.  Purchase your tickets by calling 570-208-7367 or online by clicking here.