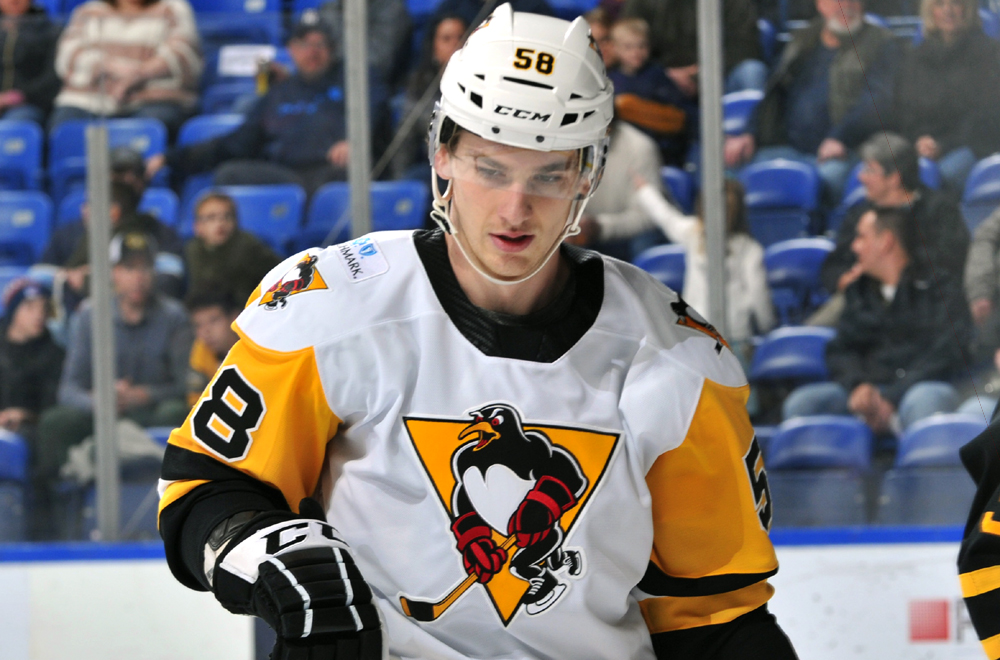 Knott came to the Penguins organization on Nov. 21, 2019 in a trade with the Chicago Blackhawks in exchange for Joseph Cramarossa. After the acquisition, the 22-year-old played in three games for Wilkes-Barre/Scranton, but did not record any points.

With the Penguins’ ECHL affiliate, Knott proceeded to post six goals and eight assists for 14 points in 18 games. The Etobicoke, Ontario native has also been on a tear lately for Wheeling, racking up nine points (4G-5A) in his last seven games. Knott, a second-round draft pick by Chicago in 2015, started the year with the Blackhawks’ ECHL affiliate, the Indy Fuel. In 13 games played with Indy, Knott had five goals and four assists for nine points.

Prior to turning pro, Knott played four seasons in the Ontario Hockey League and captured the 2017 Memorial Cup with the Windsor Spitfires. He played 250 OHL games as a member of the Spitfires or Niagara IceDogs, amassing 60 goals and 99 assists for 159 points.

Wilkes-Barre/Scranton’s next game is tomorrow, Friday, Feb. 21, against the Hershey Bears. Puck drop between the Penguins and Bears is scheduled for 7:05 p.m. at Mohegan Sun Arena at Casey Plaza.