PITTSBURGH TRADES FOR BARBER, VARONE; BOTH PLAYERS ASSIGNED TO WBS 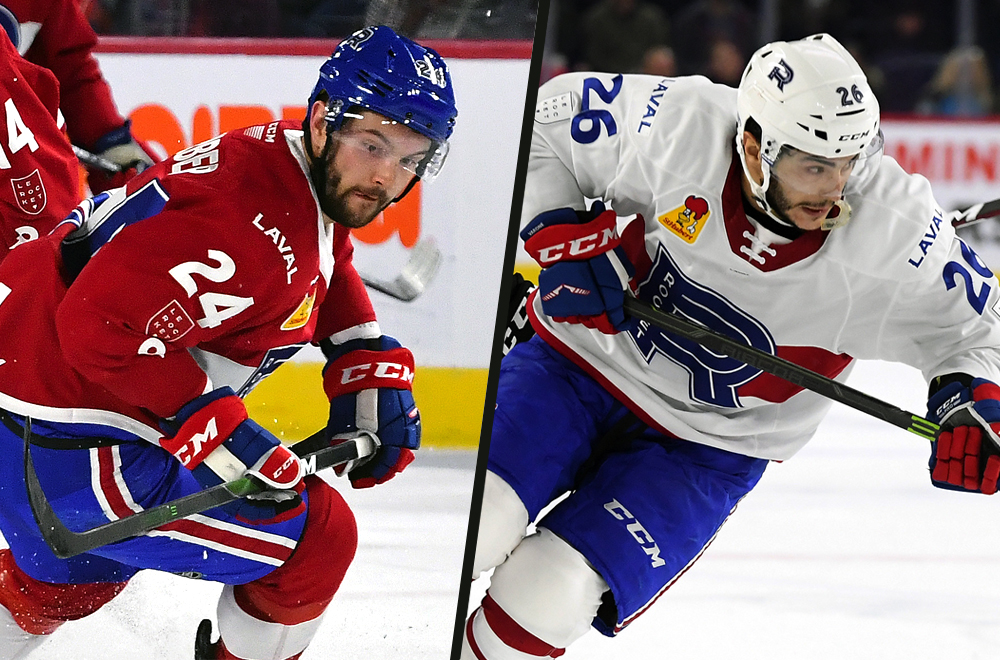 PITTSBURGH, Pa. – The Pittsburgh Penguins have acquired forwards Riley Barber and Phil Varone from the Montréal Canadiens in exchange for Joseph Blandisi and Jake Lucchini, it was announced today by executive vice president and general manager Jim Rutherford.

Barber and Varone will report to the Wilkes-Barre/Scranton Penguins.

The forwards are both signed through the end of the 2019-20 season and will be unrestricted free agents.

A native of Pittsburgh, Pennsylvania, Barber has split the 2019-20 season between Montréal and the Laval Rockets of the AHL. He played nine games with the Canadiens, including Dec. 10 against his hometown Penguins. In 39 games with the Rockets this season, Barber has recorded 13 goals, 18 assists and 31 points. His 31 points rank third on Laval.

The 26-year old has 12 career games on his NHL resume, split between Montréal and the Washington Capitals.

Barber was originally drafted in the sixth round (167th overall) of the 2012 NHL Draft by the Washington Capitals. Before turning professional, Barber played three seasons at the Miami University from 2012-15.

Internationally, Barber represented his country at the 2013 and 2014 World Junior Championship, winning gold in 2013 and captaining the team in 2014.

In 515 career AHL games, split between Rochester, Binghamton, Lehigh Valley and Laval, Varone has recorded 127 goals, 283 assists and 410 points. He also won the AHL’s Les Cunningham Award as the league’s Most Valuable Player in 2017-18. In 18 career AHL playoff games, the forward has registered two goals, seven assists and nine points.

Varone was originally drafted in the fifth round (146th overall) of the 2009 NHL Draft by the San Jose Sharks. The Vaughan, Ontario native played parts of five junior hockey seasons in the Ontario Hockey League with the Kitchener Rangers, London Knights and Erie Otters from 2007-11.