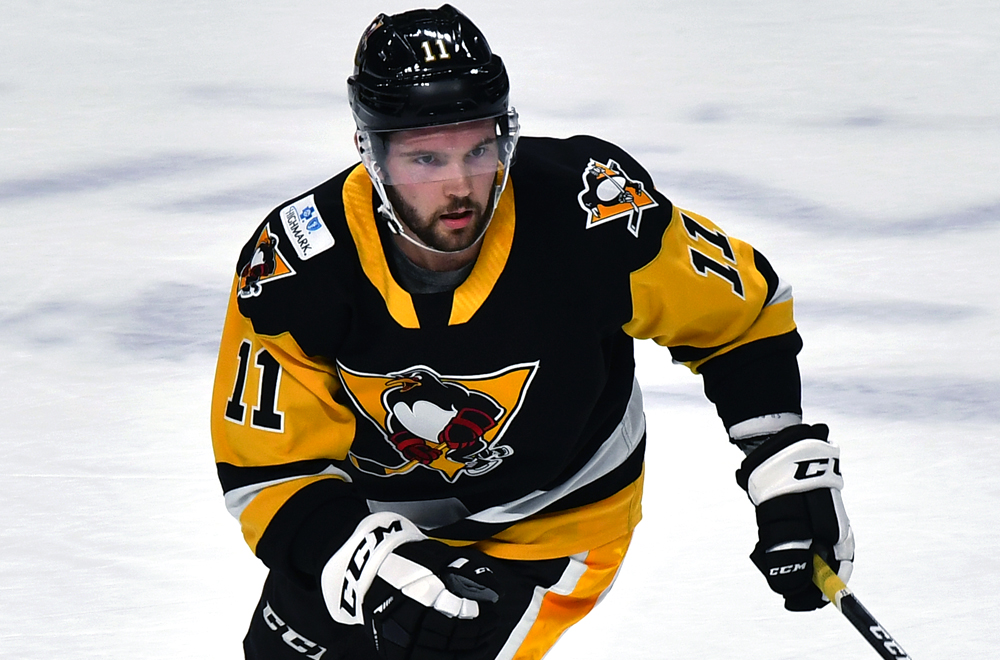 Wilkes-Barre/Scranton (26-20-3-5) scored late in the second period and early in the third to defeat their in-state rival and first-place team in the Atlantic Division.

A first period that featured good pace but few scoring chances for either side and seemed destined to end in a 0-0 tie, but that turned at 17:13. The Bears’ Axel Jonsson-Fjällby broke free and tucked a wrist shot over the pad and under the glove of Casey DeSmith.

Hershey was handed three consecutive power plays in the second period, but Wilkes-Barre/Scranton held firm. With time ticking down in the second stanza, the Penguins put together three-straight sprawling shot blocks, the last of which sprung Kevin Roy on a breakaway. Roy converted and tied the game, 1-1, with 21.6 seconds left in the period.

Less than four minutes into the final frame, the Penguins’ took control of the board with a tally from Kevin Czuczman. Czuczman, who missed the previous three games with an injury, ripped a wrist shot over the shoulder of Pheonix Copley and underneath the crossbar for what was ultimately the game-winning goal.

Hershey was given another power play late, giving the Bears a six-on-four man advantage for the final two minutes of regulation, but DeSmith repeatedly turned aside their bids. DeSmith made 18 saves in the third period alone, and denied a total of 35 shots. Copley made 17 saves for Hershey.

Wilkes-Barre/Scranton’s next game is tomorrow, Saturday, Feb. 22, when it takes on the Hartford Wolf Pack at XL Center. The Penguins next home game is Wednesday Feb. 26, against the Providence Bruins. Puck drop between the Penguins and the Bruins is scheduled for 7:05 p.m. at Mohegan Sun Arena at Casey Plaza.