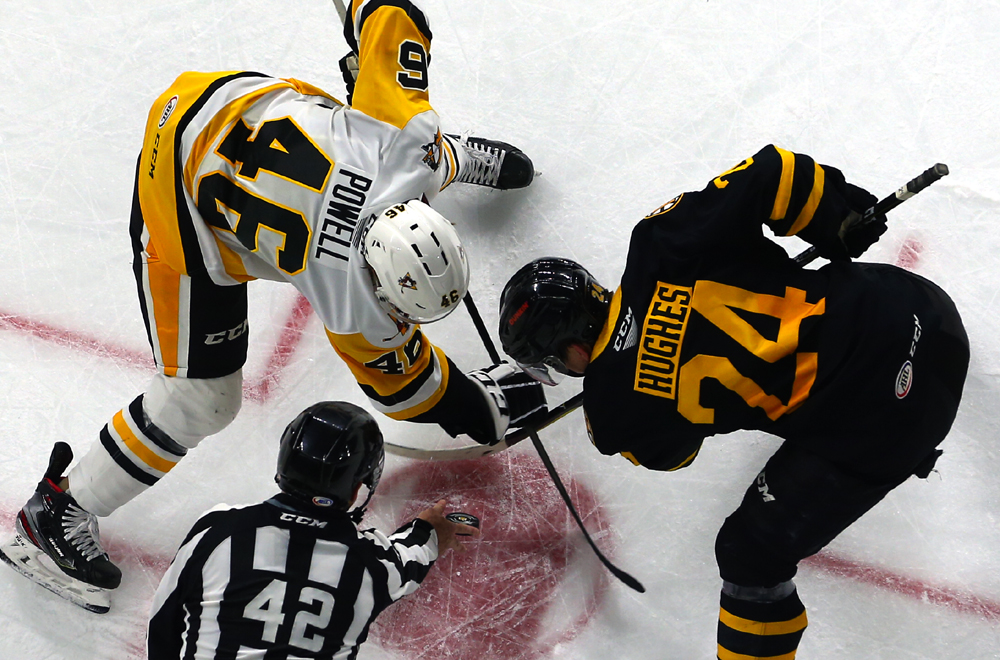 Friday, Feb. 21 – PENGUINS 2 vs. Hershey 1
Hershey scored the game’s first goal, but Wilkes-Barre/Scranton tallied the next two. Kevin Roy evened the score on a breakaway late in the second period, and Kevin Czuczman buried the game-winning goal early in the third.

Sunday, Feb. 23 – PENGUINS 1 at Providence 2
Roy and Johnson combined to set up Cassels for the Penguins’ first and only goal of the afternoon 63 seconds into the third, but Bruins goalie Max Lagacé kept things on lock from there, making 20 saves.

Wednesday, Feb. 26 – PENGUINS vs. Providence
A four-point swing is on the line as Wilkes-Barre/Scranton hosts Providence in a rematch of Sunday’s match. Bruins rookie Jack Studnicka leads the league with six shorthanded goals.

Friday, Feb. 28 – PENGUINS at Syracuse
The Penguins face-off against the Crunch for the just the second time this season, and the first in Syracuse. The Pens beat the Crunch, 2-0, back on Nov. 8 thanks to a 35-save shutout by Casey DeSmith.

Saturday, Feb. 29 – PENGUINS at Hershey
Leap Day marks the 10th time the Penguins and Bears go head-to-head this season. Hershey’s power play has thrived in the season series (21.2%), but Wilkes-Barre/Scranton’s penalty kill is clicking at 91.0% in 19 games since Jan. 10.

– Adam Johnson’s goal on Saturday was the first penalty shot conversion by a Penguin since Nov. 5, 2016.

– Dustin Tokarski’s win at Hartford on Saturday was the 200th victory of his pro career. 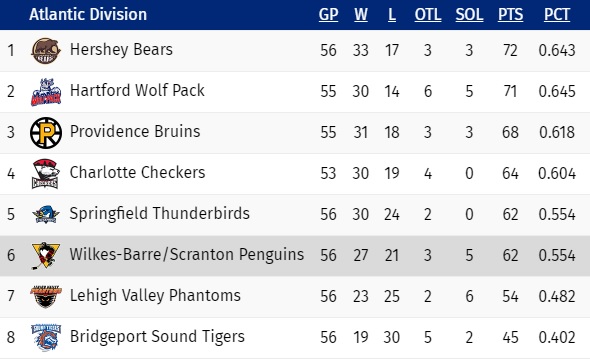 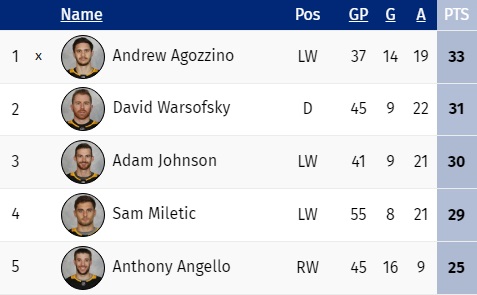