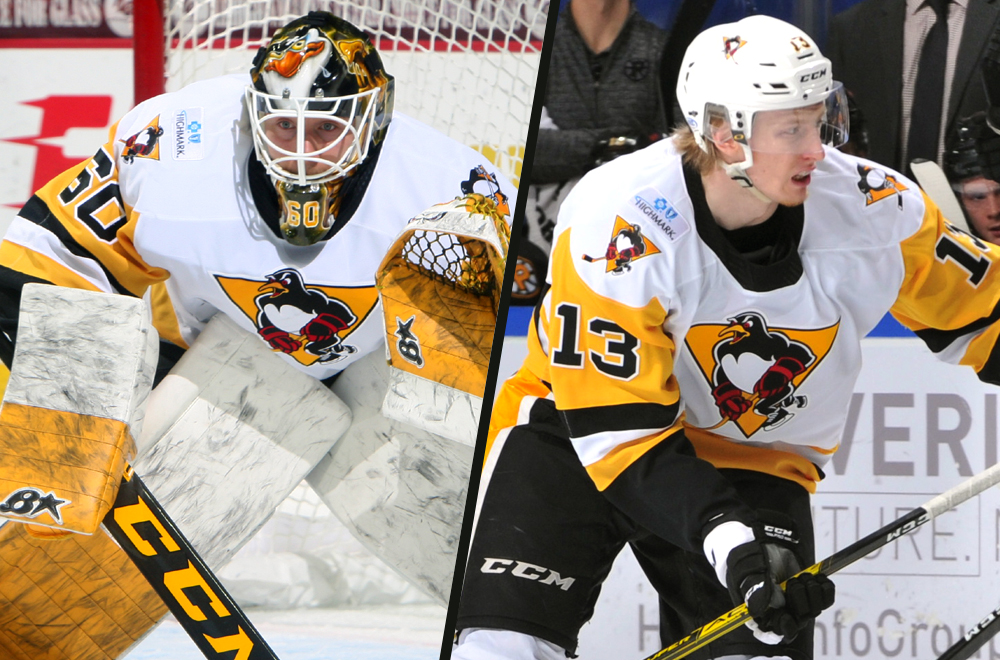 In nine games with Wilkes-Barre/Scranton, Larmi posted a 2-3-4 record with a 3.55 goals against average and .883 save percentage. The rookie registered 30 saves for his first AHL win on Oct. 16, 2019 vs. Binghamton.

Prior to joining the Penguins organiztion, Larmi spent the past four years playing professionally in Finland. Last season, he captured the Liiga Championship as the starting goalie for HPK Hämeenlinna. He had a 1.72 goals against average and .932 save percentage in the 2019 Liiga Playoffs en route to winning the league title.

Wilkes-Barre/Scranton’s next game is Friday, Feb. 28, when it pays its only visit to Syracuse this season and takes on the Syracuse Crunch. The Penguins’ next home game is Saturday, Mar. 7 against the Bridgeport Sound Tigers. Puck drop between the Penguins and the Sound Tigers is scheduled for 7:05 p.m. at Mohegan Sun Arena at Casey Plaza.