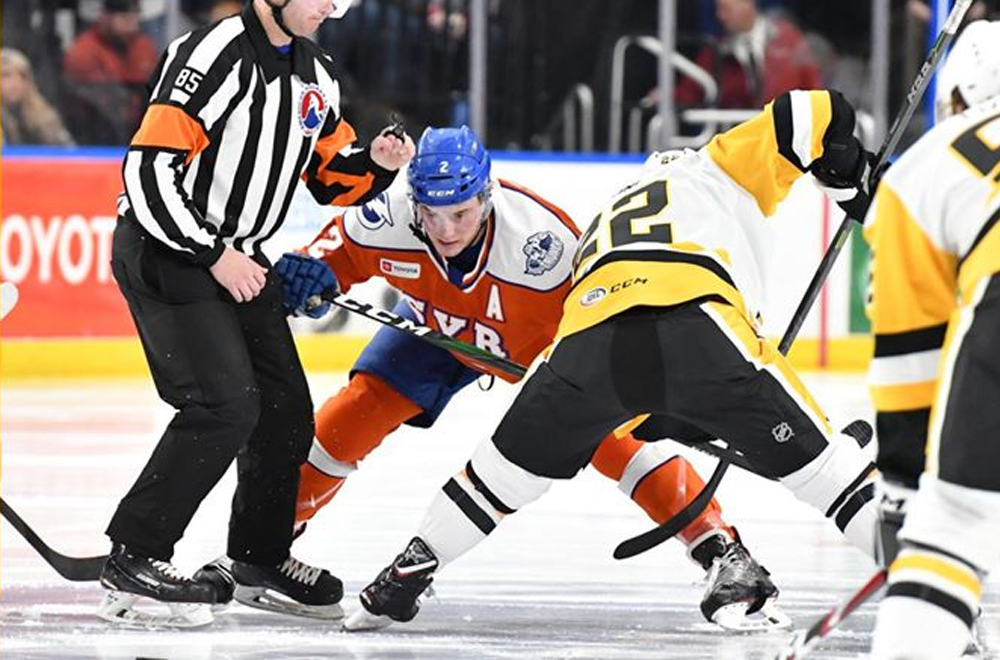 Phil Varone notched two assists in his first game with Wilkes-Barre/Scranton (27-23-3-5). Despite his output and two power-play goals by his teammates, a hat trick by Syracuse’s Alex Barré-Boulet and a late third-period strike put the Crunch over the top.

Syracuse wasted no time, scoring only 11 seconds into the game with Barré-Boulet’s first of the night. However, the Crunch’s lead did not last long. John Nyberg unloaded a slap shot from the point that was tipped in by Jamie Devane at 5:11 of the opening frame.

Less than a minute after Devane tied the game, Varone celebrated what he thought was a goal in his Penguins debut. However, the tally was overturned after video review, with the officials discerning that the Penguins forward used a kicking motion to steer the puck past Crunch goalie Spencer Martin. Varone responded to having his goal taken away by helping to set up Riley Barber for a power-play goal at 10:29 of the first period.

Wilkes-Barre/Scranton’s lead was also short-lived, as Barré-Boulet answered with a man-advantage marker of his own less than three minutes later and tied the game at 2-2.

The second period did not feature nearly as many fireworks as the first, but Barré-Boulet completed the hat trick midway through the frame. After Dustin Tokarski turned aside a shot by Ross Colton, the rebound popped up into the air and was swatted in by Barré-Boulet to reestablish Syracuse’s lead, 3-2.

With Wilkes-Barre/Scranton trailing by one goal and poised to take the ice for a four-on-three power play, Penguins head coach Mike Vellucci called his timeout. His players came out of the break and executed a pretty passing play that culminated in Cole Cassels redirecting a feed from Barber around Martin and across the goal line at 12:31 of the third period.

Overtime seemed like it was going to be a sure thing, until Alexander Volkov scored another go-ahead goal for the Crunch with less than four minutes left in regulation.

Tokarski made a total of 25 saves, whereas Martin denied 16 shots.

Wilkes-Barre/Scranton’s next game is tomorrow, Saturday, Feb. 29, against Hershey Bears at Giant Center. The Penguins’ next home game is Saturday, March 7, when they take on the Bridgeport Sound Tigers. Puck drop between Penguins and Sound Tigers is scheduled for 7:05 p.m. at the Mohegan Sun Arena at Casey Plaza.