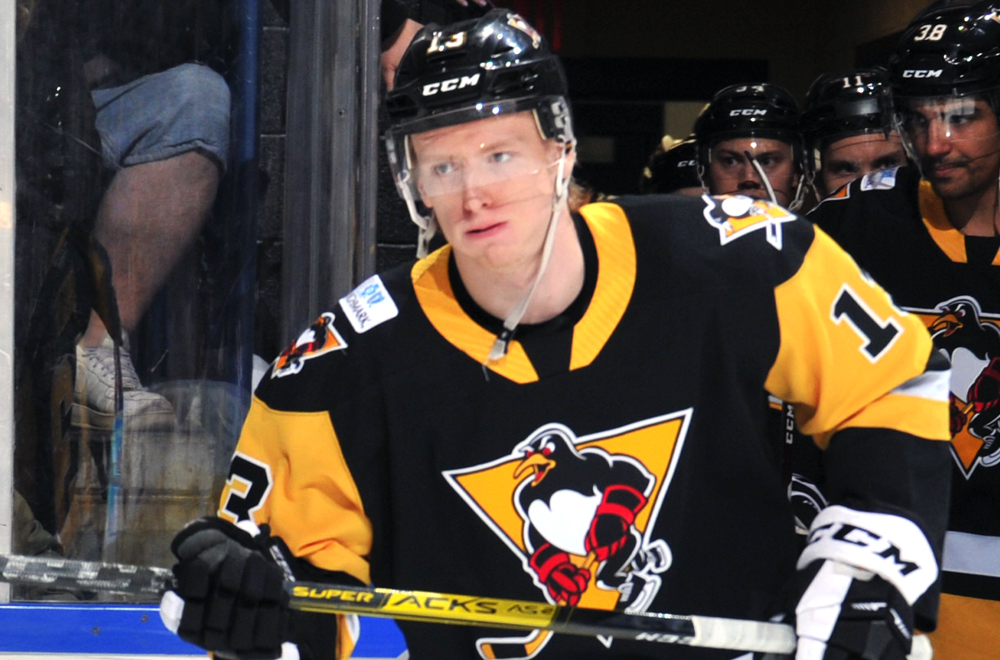 Drozg, 20, notched four goals and two assists for six points in 28 games with Wilkes-Barre/Scranton this season. In 24 games played with Wheeling, Drozg has amassed 13 goals and 10 assists for 23 points, including three points (2G-1A) in four contests after being reassigned to the Penguins’ ECHL affiliate on Feb. 27.

A fifth-round draft pick by Pittsburgh in 2017, Drozg played in three games for Wilkes-Barre/Scranton over the previous two seasons while skating on an amateur tryout agreement. The Maribor, Slovenia native notched an assist in his AHL debut, his only point through those three contests.

Wilkes-Barre/Scranton’s next game is tomorrow, Friday, Mar. 6, when it takes on the Binghamton Devils. The Penguins’ next home game is Saturday, Mar. 7 against the Bridgeport Sound Tigers. Puck drop between the Penguins and the Sound Tigers is scheduled for 7:05 p.m. at Mohegan Sun Arena at Casey Plaza.