PENGUINS CAN’T CLAW BACK IN THIRD PERIOD, LOSE TO DEVILS 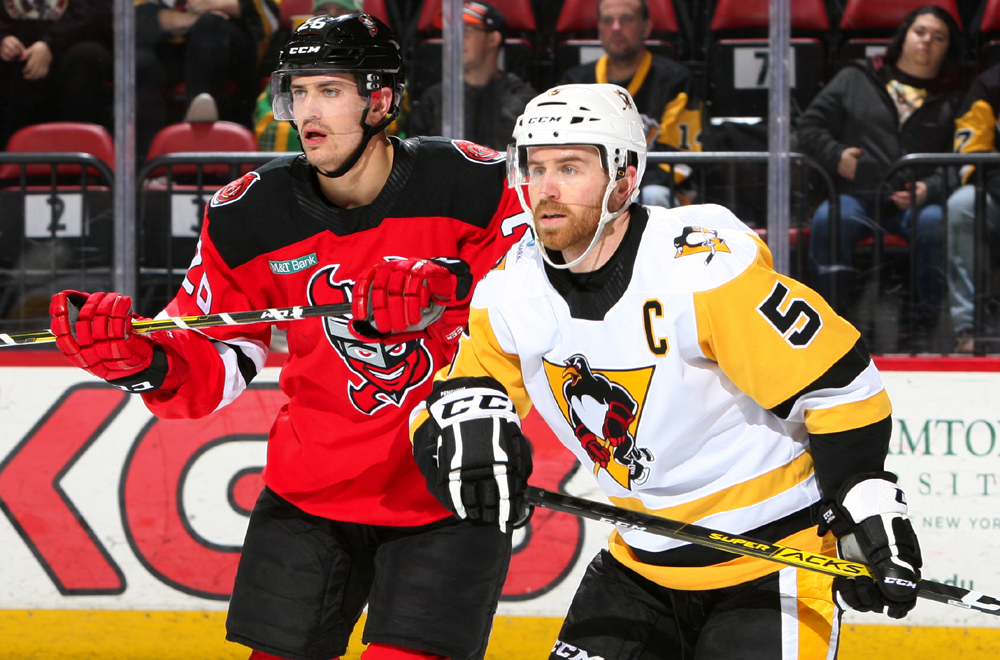 Wilkes-Barre/Scranton (27-25-3-5) tried to pull off a grand comeback by scoring three times in the third period, but Binghamton had built too much of a cushion for its lead to be relinquished.

The Devils started the game by peppering Casey DeSmith with grade-A scoring chances in the first half of the first period, eventually earning a 10-1 shots on goal advantage. DeSmith held firm for the Penguins until Jesper Boqvist broke through for the Devils on their 13th shot of the night.

The Penguins’ Adam Johnson answered back with just 62 seconds left in the opening frame, scoring on a breakaway that was created by an aerial feed from Kevin Roy.

Binghamton regained control of the lead barely a minute into the second stanza with a redirection by Ben Street. The Devils added to their lead in the middle frame with a second strike from Boqvist and a Penguins own-goal that was credited to Janne Kuokkanen.

Wilkes-Barre/Scranton entered the third period trailing, 4-1, but put a dent in that deficit when Kevin Roy slammed a one-timer to the back of the net at 9:31. However, Ryan Schmelzer reestablished a three-goal edge for the Devils 24 seconds later.

Binghamton made it 6-2 on a shorthanded goal by Nathan Bastian at 15:30 of the third period. With the power-play time remaining after Bastian’s shorty, Jordy Bellerive pocketed one for the Penguins, brining the game to 6-3. Bellerive scored on another man advantage with less than a minute left in regulation.

Wilkes-Barre/Scranton’s next game is tomorrow, Saturday, Mar. 7, against the Bridgeport Sound Tigers. Puck drop between the Penguins and Sound Tigers is scheduled for 7:05 p.m. at Mohegan Sun Arena at Casey Plaza.