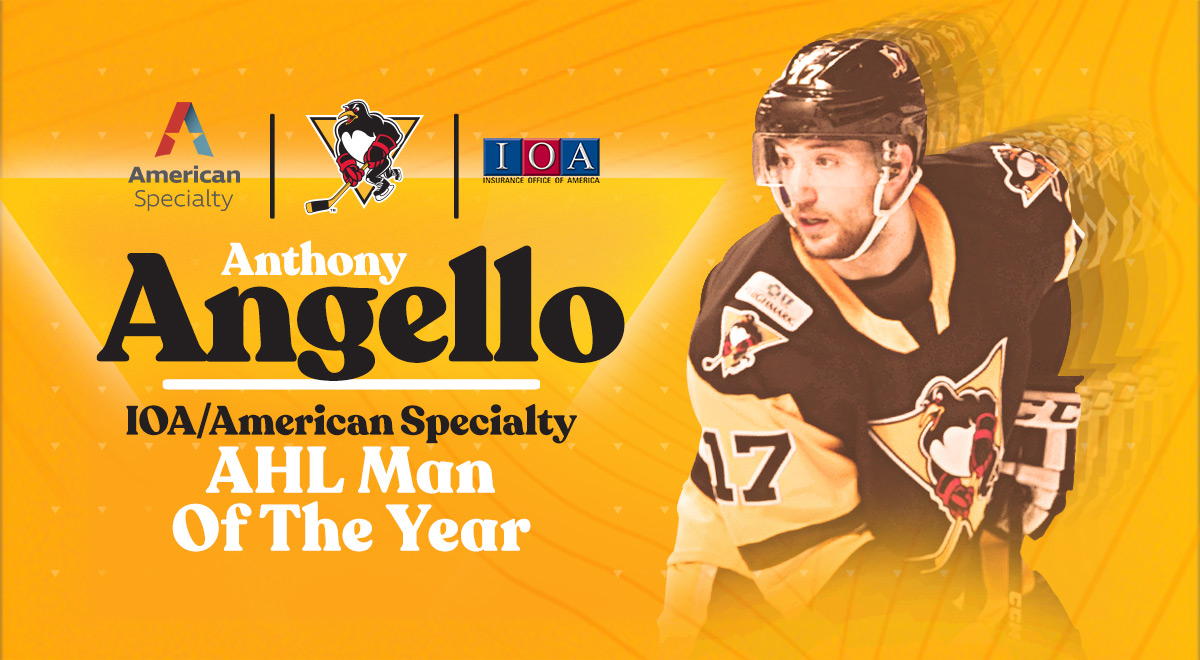 WILKES-BARRE, Pa. – The Wilkes-Barre/Scranton Penguins are proud to announce that Anthony Angello has been named the team’s winner of the IOA/American Specialty AHL Man of the Year award for his outstanding contributions to the Northeastern Pennsylvania community during the 2019-20 season.

This season, Anthony kick started a reading initiative called “Anthony’s Book Club”, a program designed to encourage reading for children and young adults. “Anthony’s Book Club” featured Angello, his teammates and Penguins mascot TUX traveling to local libraries and reading to children. During each of their library visits, Angello and his teammates spent time reading to kids, working with arts and crafts, answering questions about their favorite books, being pro hockey players, and anything else in which their young fans showed interest.

Through this effort, Angello and company spent time with more than 250 young readers during the program’s first season.

Even after the COVID-19 pandemic caused the suspension of the NHL and AHL’s seasons, the 24-year-old forward has remained committed to his program. Angello creates videos of him reading children’s books once a week that can be viewed online.

Angello is now one of 31 finalists for the AHL’s 2019-20 Yanick Dupré Memorial Award, honoring the overall IOA/American Specialty AHL Man of the Year. The league award is named after the former Hershey Bears forward and AHL All-Star who died in 1997 following a 16-month battle with leukemia. The winner of the Yanick Dupré Memorial Award will be announced by the American Hockey League at a later date.