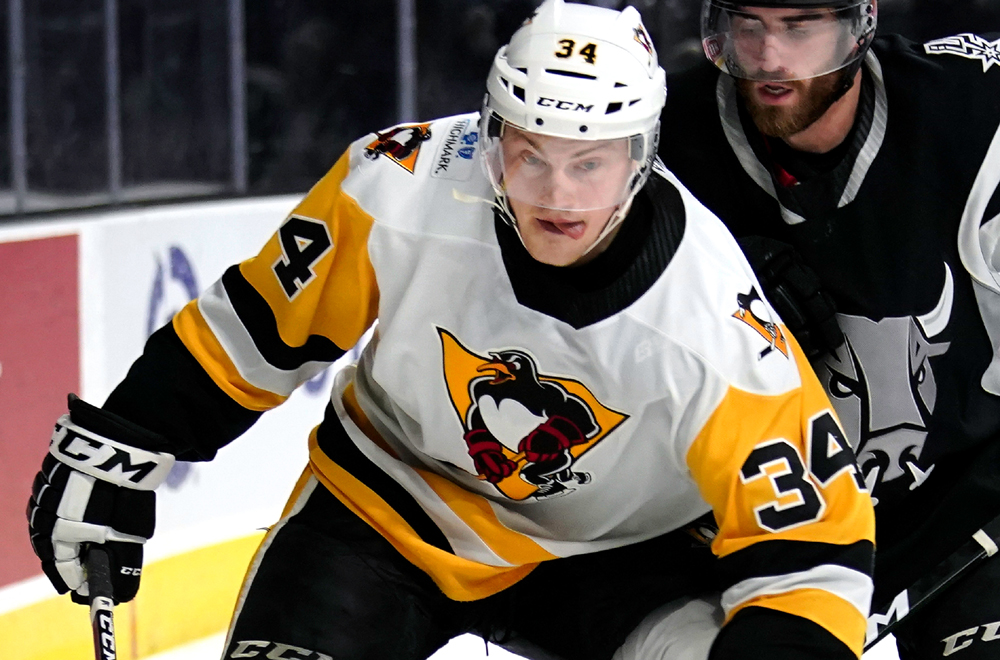 WILKES-BARRE, Pa. – The Wilkes-Barre/Scranton Penguins announced today that they have signed forward Chase Berger to an American Hockey League contract for the 2020-21 season.

Berger, 25, re-ups with Wilkes-Barre/Scranton after anchoring the center position for the Penguins in his rookie season. Berger has appeared in 53 games for Wilkes-Barre/Scranton this season, notching 10 points (1G-9A) in that time. Prior to this year, Berger skated four seasons for Penn State University and served as the captain his senior season with the Nittany Lions.

The native of St. Louis, Missouri also skated in six games for the Penguins at the end of the 2018-19 season while playing on an amateur tryout agreement. He had one goal and one assist during his first six professional games.

Berger registered 154 total games in his four years with the Nittany Lions and registered 118 points (51G-67A). He became the first player in Penn State program history to not miss a game during the entirety of his collegiate career. Also, Berger only received 17 minor penalties in his four seasons at Penn State while racking up a plus-45 rating.

Before joining the Nittany Lions, Berger played with the Tri-City Storm (USHL) for three seasons. He appeared in 119 games and notched 24 goals and 33 assists for 57 points.