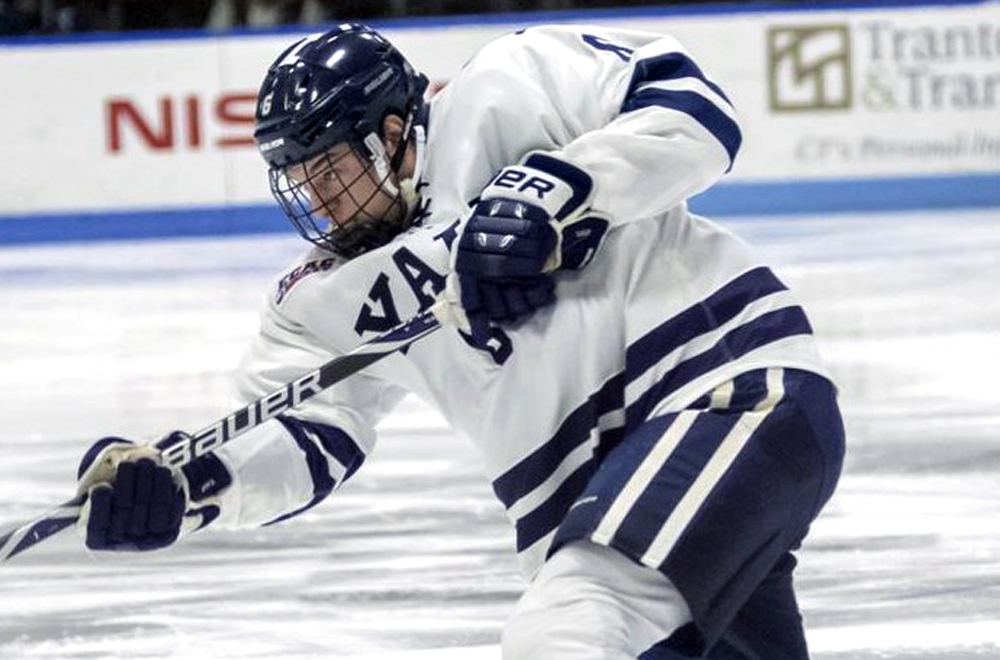 WILKES-BARRE, Pa. – The Wilkes-Barre/Scranton Penguins announced today that they have signed defenseman Billy Sweezey to an American Hockey League contract for the 2020-21 season.

Sweezey, a 24-year-old, undrafted free agent, played in 129 games over the course of a four-year collegiate career with Yale University. Sweezey posted no goals and eight assists this past season and earned 29 points (3G-26A) in his career with the Bulldogs. Listed at 6-foot-2, 215 lbs., the Hanson, Massachusetts native gained a reputation for his tight-checking and hard-hitting physical style of play.

While at Yale, Sweezey majored in biomechanical engineering and was named to the ECAC All-Academic Team in 2017-18. Furthermore, Sweezey was named the Bulldogs’ Men’s Hockey Student Athlete of the Year this past season.

Prior to playing at the college level, Sweezey participated in three seasons of prep hockey at Noble & Greenough School, where he amassed 60 points (14G-46A) in 82 games. Both of his parents, Kenneth Sweezey and Lorie Blair, were also college hockey players, as they suited up for the Providence College Friars in the 1980’s.

PENGUINS TO TAKE ON CHECKERS IN FIRST ROUND