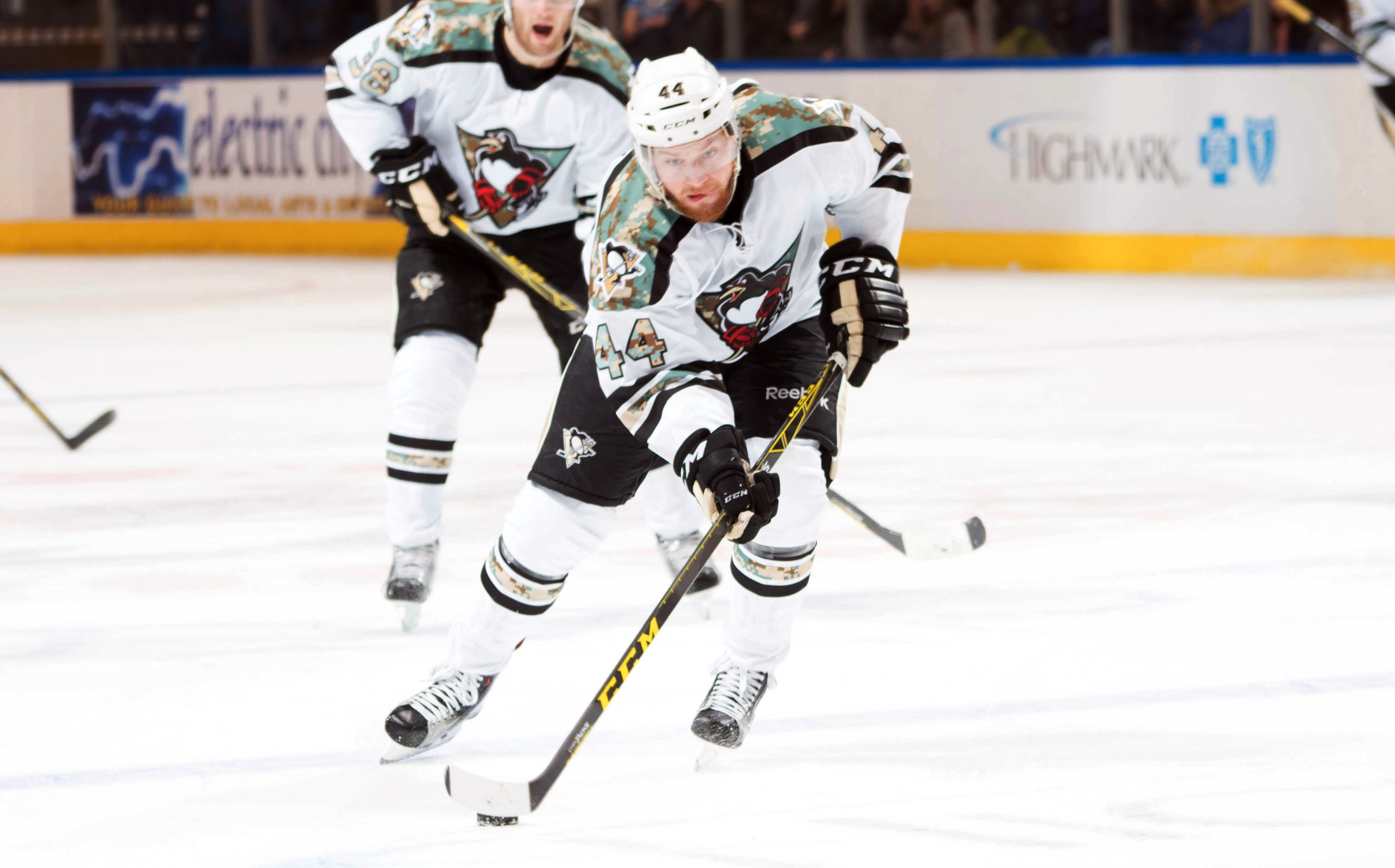 The Wheeling Nailers, proud ECHL affiliate of the Pittsburgh Penguins, are excited to announce that Derek Army has been named the team’s new Assistant Coach.

Army, 29, played the majority of his career with the Nailers and was a fan favorite, both for his tremendous contributions on the ice, as well as his outgoing personality with the fans and in the community. He first came to Wheeling in April of 2014, after finishing his college career at Providence College, netted three goals in his first four games, then suited up in three playoff contests as the team reached the second round.

In 2014-15, the North Kingstown, Rhode Island native led the Nailers with 29 goals and ranked second on the club with 66 points. The following year, Army saw action with four different AHL teams, including Wilkes-Barre/Scranton.  He recorded four points (2+2) in 13 games with the Penguins during that season.

Army returned to Wheeling to be a key contributor late in 2015, helping the club win the Eastern Conference.  One of just five players in team history to play in parts of five seasons with the Nailers, Army captained the club during each of his final two seasons with Wheeling. His career numbers in Wheeling were 59 goals, 71 assists, and 130 points in 159 games.

“Derek was our top target to be our assistant coach, and we are very fortunate that he accepted the job,” said Nailers Head Coach Mark French. “As a coach, Derek has similar qualities to what helped him succeed as a player – character, energy, work ethic, and commitment.”

Following his career as a player, Derek immediately joined the coaching ranks, as he worked as an assistant coach under Jamie Russell with the Worcester Railers during the 2018-19 and 2019-20 seasons. The Railers posted a 32-29-11 record during his first season, and missed out on the playoffs by only four points.

The Army family has seen a lot of success in the hockey world, particularly with coaching. Derek’s father Tim has been a coach at various levels from the NHL and AHL to the NCAA since 1987-88, and is currently the head coach for the AHL’s Iowa Wild. Prior to that, Tim worked as an assistant coach for Clark Donatelli with the 2017-18 Wilkes-Barre/Scranton Penguins. Derek, Tim, and Derek’s grandfather Tom all played at Providence College.

“I couldn’t be happier to be back in Wheeling and with the Penguins organization,” Army said. “Wheeling was such a special place for my career and my development. I know the people in the organization and the fans extremely well, and it’s going to be great to be part of that community again. On top of that, I get to learn from and work with Mark, an experienced and successful coach.”

“We are thrilled to welcome Derek back to the organization,” said Pittsburgh assistant general manager Jason Karmanos. “He is a young coach with a bright future. We believe that he and Mark French will be a great combination for our players.”