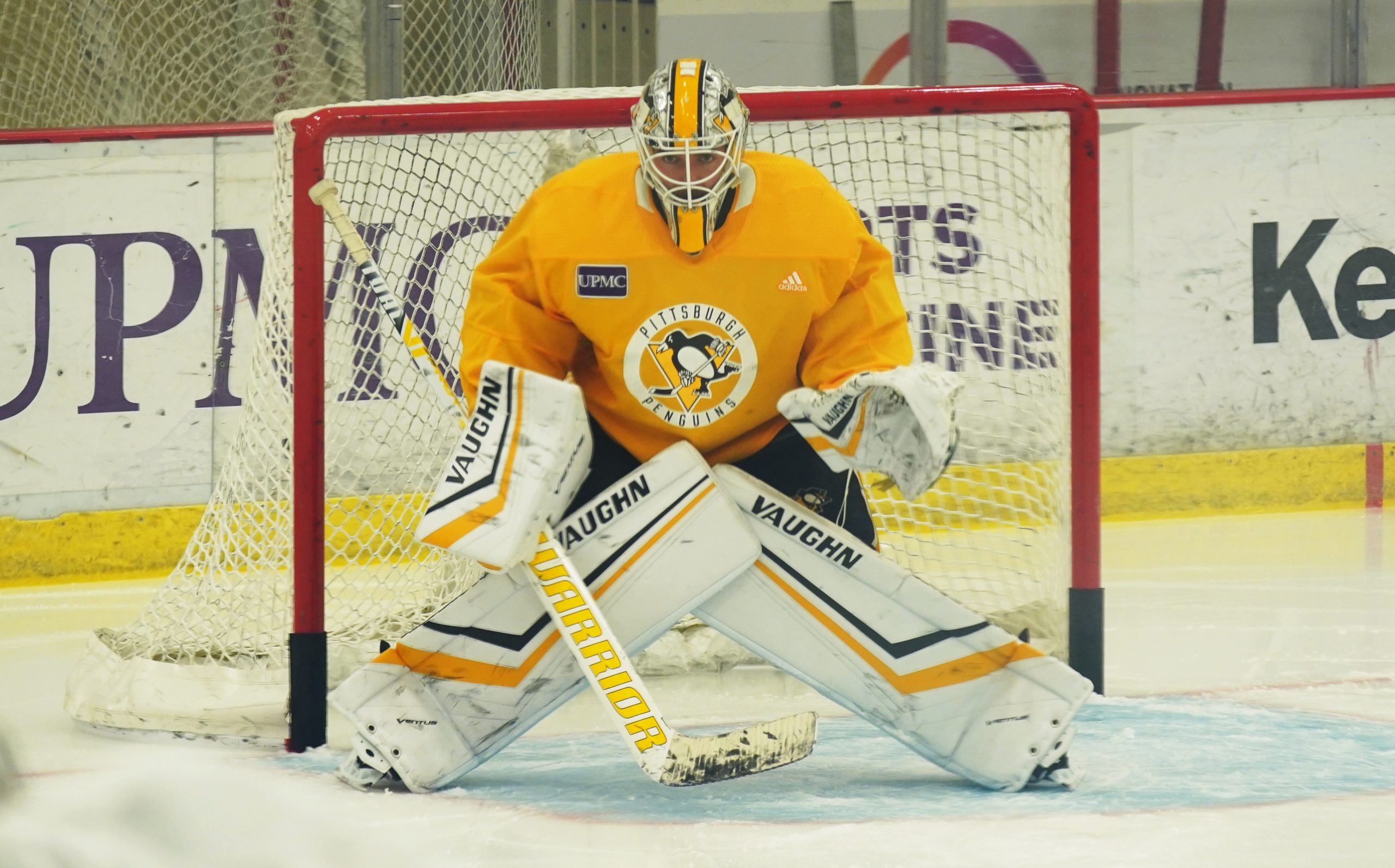 Photo Courtesy of the Pittsburgh Penguins

WILKES-BARRE, Pa. – Life as a goalie is never easy.

Being a goalie during the era of COVID-19, isn’t exactly helping either.

But Matt Murray finds himself making the most of the situation.

When the National Hockey League suspended play on March 14 with the intent to return, many fans and pundits alike were left asking how players would stay in shape in the interim. Ice time would be at a premium for the extremely privileged, whereas it would be completely unavailable to most players.

As time passed during the shutdown, many NHLers revealed the workout regimens that were keeping them fresh. However, goalies were inconvenienced even more than their shift-skating colleagues.

No amount of cardio and body weight exercises can fully replicate what an elite-level goaltender has to go through in a game. The edgework, the angles, the rhythm all while staying laser-focused on one three-inch disc of vulcanized rubber for 60 minutes or more, those kind of things can’t exactly be replicated in your living room.

That’s why the small group skates taking place as part of Phase 2 of the NHL’s Return to Play protocol have allowed Pittsburgh Penguins goalie Murray to get back into a groove.

“We’re making the best of a situation. The skates so far have gone really, really well,” Murray said via video conference call on Tuesday. “For goalies, it’s great because you see quite a few shots. I think for the shooters, there’s a little bit more skating than normal because there are fewer players on the ice and maybe less time to rest, too. But I’ve been really enjoying these skates so far.”

While these small group practices aren’t quite the same as the full-team routine goalies are accustomed to during a season, Murray is relishing his chance to see pucks thrown his way again. On the ice with nothing but time and space, Murray will face hundreds of shots during these sessions, a far cry from what he was capable of doing whilst in isolation.

“In terms of the situation, I don’t think it could go much better,” he said.

Murray is using this uptick in shots to ready himself for Pittsburgh and the NHL’s potential return later this summer. The league office and the players’ association agreed to a 24-team postseason format that includes a “play-in round” for 16 of those squads, including the Penguins.

Much like his excitement to be facing shots in practice again, Murray is pretty fired up about the opportunity presented by this year’s unique playoff format.

“It’s just like a regular playoffs, just with an extra round,” the former Wilkes-Barre/Scranton standout said. “Maybe because of all this time off, it has a bit more of a ‘tournament’ feel, but that time just builds the excitement. I think it’s great. I think it’s the best we can do in the situation. I know myself and my team, we’re looking forward to the challenge.”

The NHL will continue with Phase 2 of its Return to Play protocol until July 10, which is when the league believes full training camps will begin. The expanded postseason is slated to start later that month on July 30 if everything goes according to plan in the meantime. The NHL is still mulling over what two markets will play host as “hub cities” for the playoffs.

But while Pittsburgh may not know where they’ll be playing yet, who they’ll face-off against is already set in stone. The Penguins will begin the play-in round in a best-of-five series against the last team to qualify for the expanded playoff field in the Eastern Conference, the Montréal Canadiens.

Given all the shots he’s faced in recent practices are for him to tune up for that match-up with Montréal, Murray had this to say about the Penguins’ opponent for the play-in series.